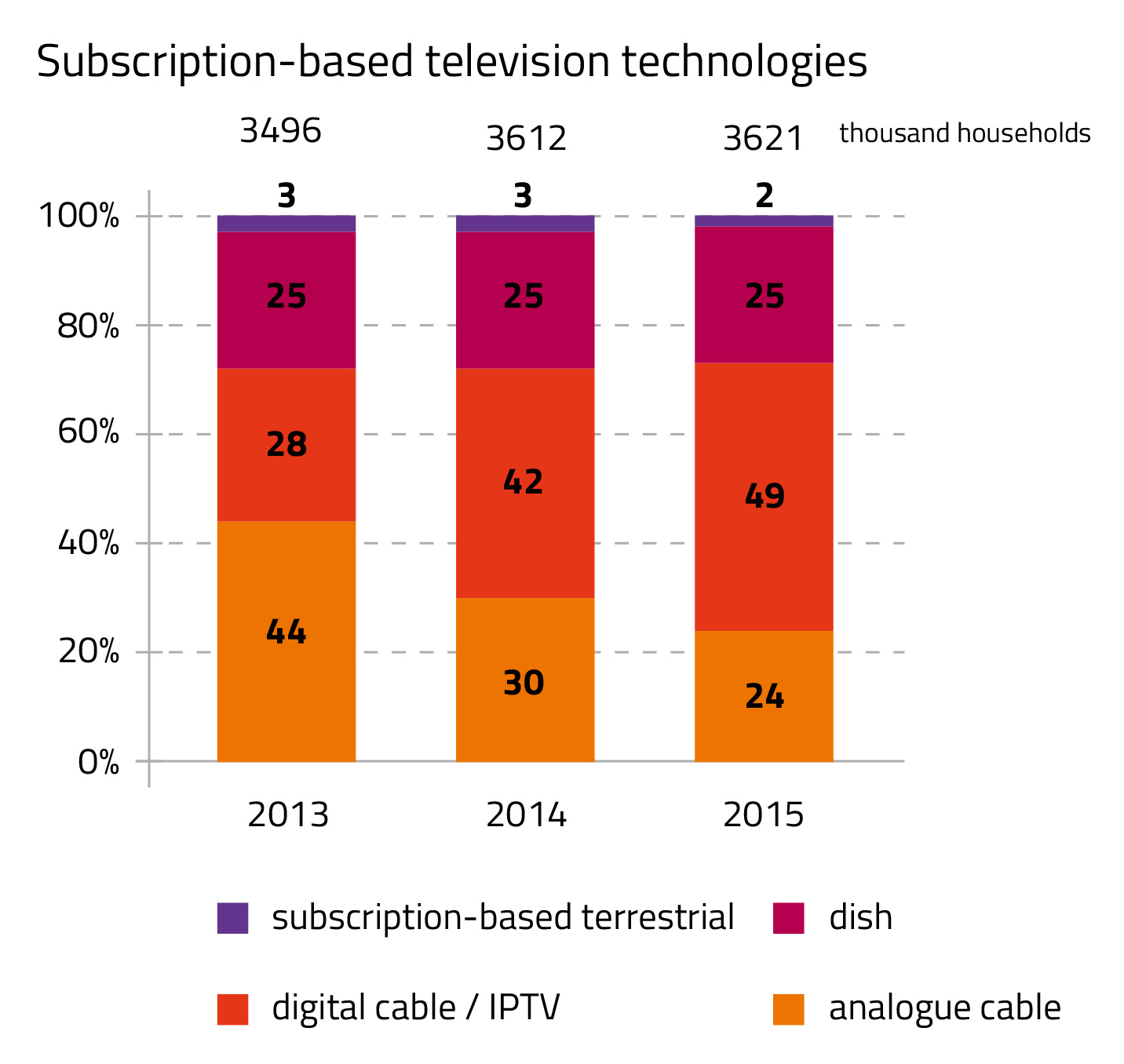 IPTV service means that the television service provider transmits signals to our tv via the internet. In this case, the service provider guarantees the high quality of internet connectivity and, therefore, broadcasts television programmes via a private internet network not available to the general public. To receive the signals over the internet, you need a set-top-box provided by your carrier for a subscription fee.

In contrast, OTT (over-the-top) television is provided via the open internet (using the network of your internet service provider or an open network available at any public space). In this case, the service provider does not guarantee the quality of the television signal. OTT also requires a set-top-box or a device that can display the internet signal, or a smartphone, tablet or computer.

It is safe to say that Video on Demand (VoD) today is what a videotheque used to be. Actually, it is more convenient, you can access films and programmes from home with a few mouse clicks without having to go down to the video store to pick up a video tape or a DVD. All you need is two-way communication between the receiver and the central video store to select and view a film. The VoD service is available with any IPTV or internet-based TV technology or as an addition to digital terrestrial, cable and satellite television service.

Television programme to pause, record and rewind at any time, media box

You can record tv programmes in two ways. One is to record the programmes on your own device using the set-top-box or a tv supporting this feature. In this case, the parameters of the device limit the total recording time, the number of concurrent programmes available for recording and whether you can pause or rewind the live show. The other option is central recording: in this case, it is not the consumer but the service provider that records the programmes. You should be aware that service providers are bound by much stricter rules as to what they can and cannot record. However, a big plus of this solution is that they record all permitted television programmes, so you can watch your favourite shows even a week after it was originally broadcast.