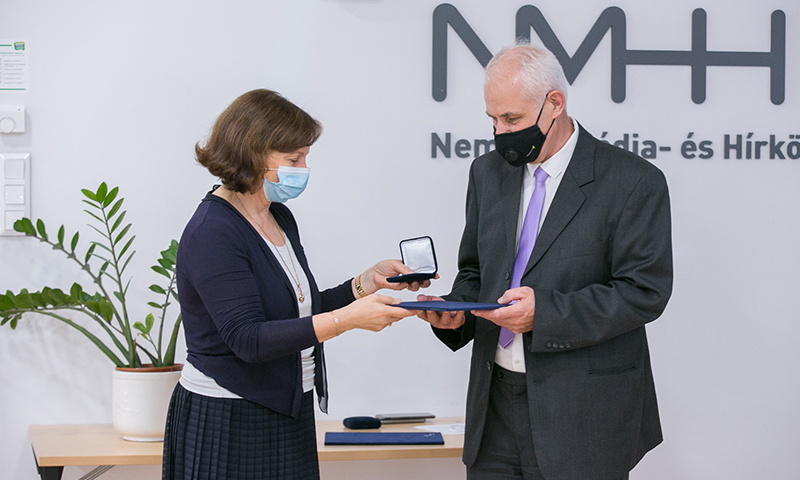 The President of the NMHH presented the Dr. Magyari Endre awards, originally scheduled for May

The President of the NMHH presented the Dr. Magyari Endre awards in an unconventional way on the World Telecommunications and Information Society Day 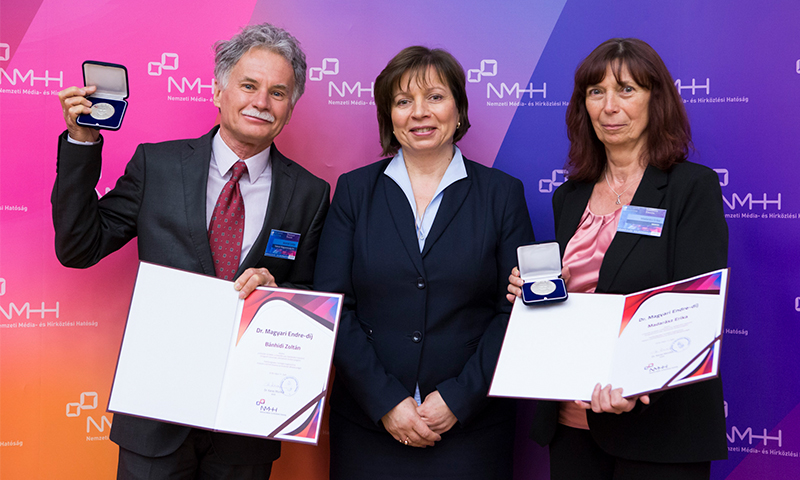 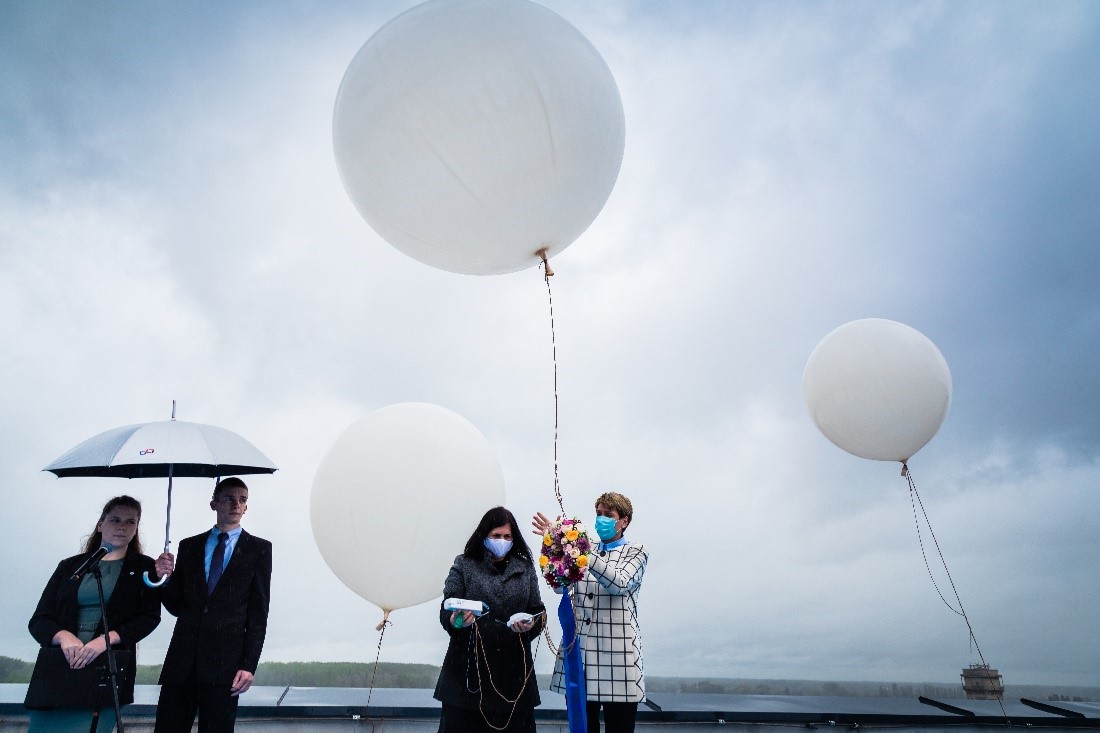 In parallel with the commemorative words by university student Anna Gertrúd Fábián, Dr. Kornélia Radics, President of the National Meteorological Service and Dr. Janka Aranyos Börcs, Director-General of the NMHH, release the mourning balloon in memory of the telecommunications professionals who died in the coronavirus pandemic on the World Telecommunication Day in Győr. Photo: Széchenyi István University, Csaba József Májer

„As a result of the pandemic, the path to follow has become clearer: the implementation of next-generation networks is more urgent and the demand for them is stronger than ever,” said Monika Karas, President of the National Media and Infocommunications Authority at the online symposium held on 13 May on the occasion of the World Telecommunication Day.

At the event hosted by Széchenyi István University of Győr, an institution playing an important role in telecommunications training and research, the electronic communications professionals who died of the coronavirus were commemorated at an extraordinary funeral ceremony: during a minute of silence, a weather balloon was released with a wreath bearing a quote from a poem on its ribbon. With the support of the NMHH, three additional balloons were also launched for electronic communications research purposes. The conference also featured a roundtable discussion with representatives of electronic communications service providers and the NMHH discussing the phasing out of 3G. The participants pointed out that maintaining this obsolete technology takes the same resources as operating a next-generation network, and that newer networks are more energy and cost efficient. 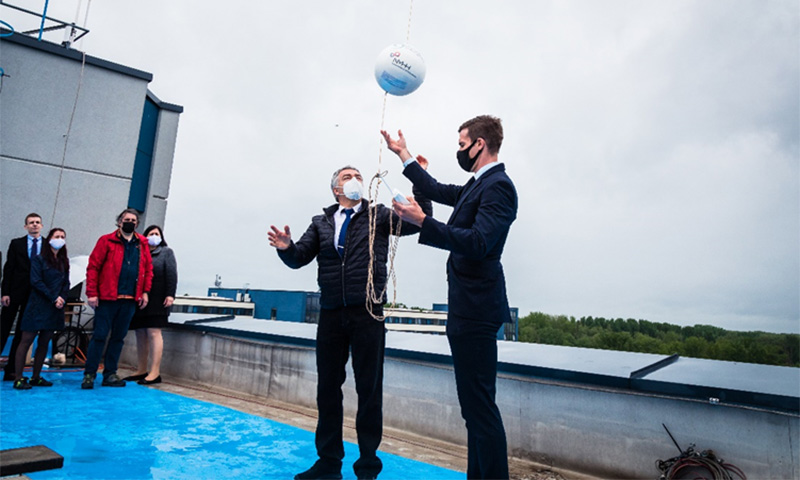 One of the traditions at the conference since 2015 has been for the President of the NMHH to present the Dr. Magyari Endre Awards for outstanding lifetime achievements in the field of the electronic communications market. This year’s award recipients are János Balogh and István Bozsóki. János Balogh is the Head of the NMHH’s Defence and Law Enforcement Frequency Management Department, and the highest-ranking leader in non-civilian spectrum management responsible for providing uninterrupted defence and home affairs frequencies, the organisation of international military exercises and for the security of visits by foreign delegations. His 40-year career included the military and non-civilian spectrum management. 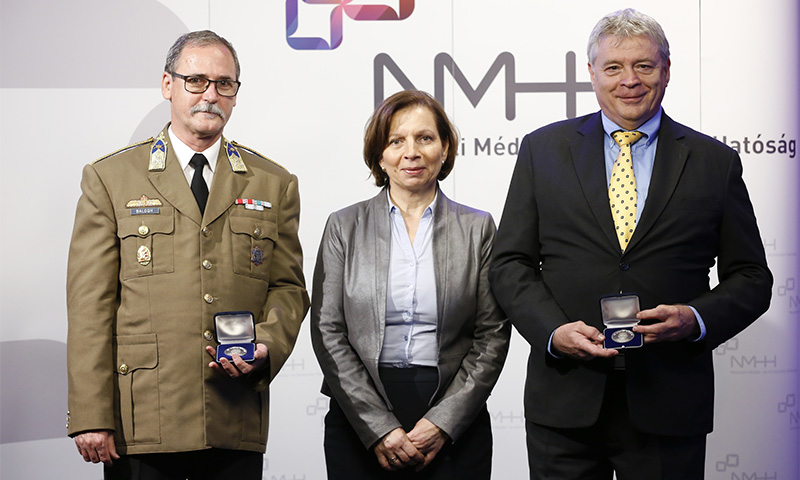 The other award recipient is István Bozsóki, who has been working at the International Telecommunication Union since 1997. In 2007 he joined the ITU’s Telecommunications Development Office and was responsible for assisting development countries in their spectrum management and broadcasting efforts. In April 2013, he was appointed as head of the organisation’s spectrum management and broadcasting department and, since November 2016, he has been acting as the Head of the ITU’s Telecommunications Networks, Spectrum Management and Infrastructure Department. His international performance has earned him worldwide professional recognition.