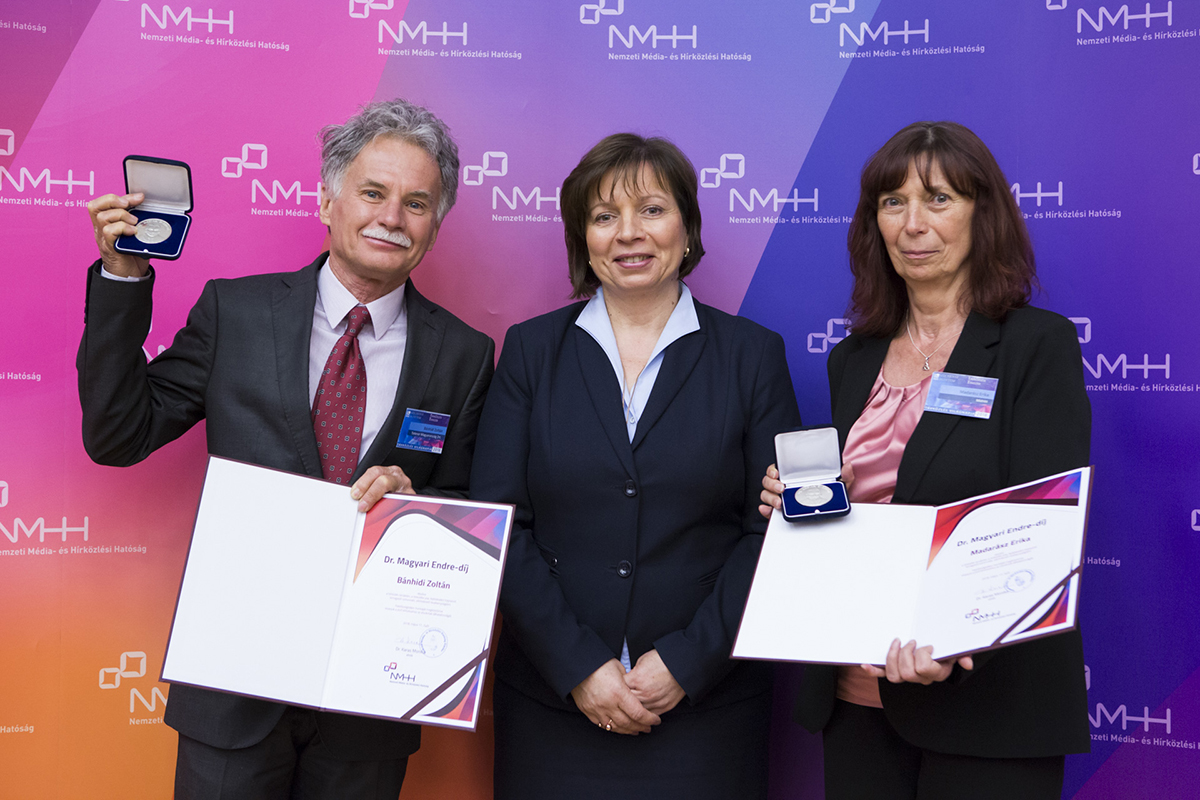 In her speech, Monika Karas emphasized that not only was Hungary a founding member of the ITU world organization 153 years ago, but is still actively involved in its work. “The establishment of a community is always a result of cooperation and a shared mindset. And naturally, dialogue,” she added, “as one of the founding members, this means far more to us: international collaboration, trans-national cooperation and an arena of shared, global objectives”. Set against this backdrop, our country has particular interests in the occasion of the new constitution assembly of the organization: it nominated an expert who has been working for the organization since 1997, István Bozóki, as the head of the Radio Communication Sector, apart from competing for membership in one of the European regions of the ITU Council. As she put it: “Being a member of the Council, the decision-making body of the ITU, is not merely a prestige, but also through its membership our country can directly assist the decision-making process and represent European, and also Hungary, values and interests.”

At this year’s regular annual symposium of the Széchenyi István University of Győr, staged last Thursday in honor of World Telecommunication Day on 17 May, the discussions were focused on 5G, the latest generation of wireless communication.

Since 1995, the career of Zoltán Bánhidi has been closely entwined with the launch and development of the Hungarian pager and mobile telecommunication systems. He played a key role in the reconfiguration within the 900 Mhz frequency band, during which Hungarian mobile service providers were supplied with their spectrum range through multiple procedures. His work greatly contributed to service providers replacing the previous, so-called bracketed band distribution with coherent spectrum blocks in the various bands. This unification was necessary as it allowed on the long-term for the utilization of new, modern broadband mobile technologies in the frequency range. Under the professional supervision of the NMHH, the three mobile service providers realized the rearrangement of the frequency bands in record time without any network failures. In this endeavor, the Authority greatly relied on Zoltán Bánhidi’s dedicated and high quality work, the success of which is clear from the fact that there was no increase in consumer complaints due to the retuning of frequencies.

In the early stages of her career as a telecommunications as well as data and telecommunications engineer, Erika Madarász dealt with subscriber services of digitally programmed switchboards, the introduction of “intelligent” network services, as well as so-called PSTN/ISDN switchboards – including the control of telephone networks suitable for the transfer of voice over and additional data packages. Since the year 2000, she has been working for the Authority in the field of ID management, which ensures that telecommunications networks, their endpoints, telecommunications services and particularly, subscribers remain identifiable – which is achieved, in its most common form, through telephone numbers. She was involved in developing the comprehensive, national distribution plan of telecommunications identifiers, establishing the management rules of identifiers and determining usage fees, as well as their continuous monitoring. She played a role in the establishment of ID management databases, as well as the creation of the so-called central reference database for number portability and the full-scale, domestic introduction of number portability. She is a valuable member of the Hungarian team of the international numbers organization and her work is greatly appreciated by the representatives of European agencies.

The rest of the symposium consisted of lectures from experts of the National Media and Infocommunications Authority, including a talk from István Bartolits, head of the Technology Analysis Department, and one of the recipients of the award in 2015, entitled 5G networks – realities and illusion, as well as a lecture from Emília Ulelay, deputy head of the Frequency and Identifier Management Department, entitled The Authority’s measures towards realizing 5G. The industry’s professional leaders and service providers shared their experiences in subjects such as wireless technology, the utilization of the so-called “digital dividend 2”, i.e. the utilization of the 700 MHz band, the future of broadcasting as well as taking part in student lectures in various telecommunications-related subjects. Apart from professional lectures, they also presented the results of the research and developments.

On the award and previous recipients

The award is named after mechanical engineer Dr. Endre Magyari (1900-1968) who, as the person responsible for introducing radio use in Hungary, designed a high-powered radio telephone transmitter in Budapest, between Csepel and Gyáli út, in 1914. He is responsible for domestic broadcasting, designing the national radio network, the management of the Lakihegy and Székesfehérvár shortwave radio stations and the creation of the Budapest studio. In the mid-1940s, the term “weak-current engineering” was replaced with “communications engineering” and “telecommunications engineering” at his proposal.

Established by the president of the NMHH in 2014, the Magyari Endre award is presented every year to two individuals at the most, for decades’ of outstanding work in the development of the telecommunications market and in recognition of their lifetime achievements. In 2015, dr. István Bartolits and Fiala Károly, in 2016 László Győrbíró and dr. András Somogyi, whilst last year, in 2017, Imre Bölcskei and József Bugyi received the commemorative award.