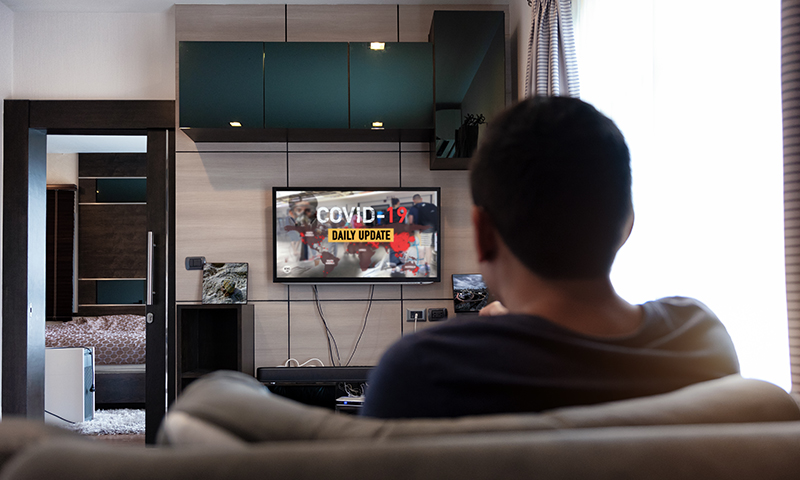 Advertising market still not back to pre-pandemic levels

The Media Council approved a new study examining the print and online publication of printed press products in the first half of 2021. According to the compilation analysing 66 printed press products, Észak-Keleti Napló and Blikk are the only daily newspapers with more than 50,000 copies printed on average, while the other newspapers with similar distribution system barely sell half of that or even fewer copies. The same ratio is typical of these newspapers’ websites, but their daily visitors are about ten times the number of the printed copies. Of the weekly newspapers, more than 170,000 copies of Nők Lapja are distributed, which, however, is considerably higher than the nearly 109,000 web users. Nearly 1.8 million people visit hvg.hu, while only 27,000 printed copies are purchased. The complete study will be available shortly on the NMHH website.

The body examined compliance with contractual commitments by several rural radios. 90.4 Best FM of Velence aired less Hungarian music. Rádió Smile of Kiskunfélegyháza aired less spoken text, Hungarian music and programmes dealing with local life and supporting local daily life, as well as less public service programmes, and in this respect it violated the relevant statutory provision. In addition, the radio station aired more music, reruns and advertisements than permitted, for which the Board warned radio service providers. The Council imposed a total fine of HUF 20,000 on the operator and executive officer of 99.9 Radio 1 of Kaposvár for broadcasting less music than its contractual commitments.

The Media Council imposed a total fine of HUF 100,000 on the service provider of Balaton Televízió and warned Somogy TV. In one of its programmes in April containing product placement, the former media service provider broadcast advertising information about a product that could directly encourage viewers to buy, and in another programme the presentation of the products of the company sponsoring the programme may also have encouraged purchases, which is not permitted by law. The latter service provider failed to broadcast information on product placement at the end of the programmes eight times during the broadcasting week in August under review, and in two cases it aired information of advertising value about the products of the undertakings supporting the programme.

When imposing a legal consequence, the Media Council always assesses the type and level of legal consequence based on a gradual approach and the principle of proportionality by taking all the circumstances of each case into account.

The body also investigated programmes based on consumer complaints, but did not initiate proceedings. In August, there was no such content in an episode of RTL Klub’s Survivor – Celebek a civilek ellen, and in the film Bohemian Rhapsody broadcast on TV2, which would have justified the age-rating 16 instead of 12 in the first case and the age-rating 18 instead of 16 in the second case.

Following the procedure of the Hungarian Newspaper Publishers’ Association launched in response to a citizen report on an article published in February by the Magyar Nemzet Online interface, the Media Council initiated a public procedure.

In the formal review of the submitted tenders for the community use of Dunaújváros 99.1 MHz, Dunaföldvár 104.1 MHz, Kalocsa 94.5 MHz and Székesfehérvár 106.6 MHz local media services, the Media Council called for a remedy of deficiencies in the Dunaújváros tender procedure, while the sole tenderer Karc FM Média Kft. was registered in the Székesfehérvár tender procedure. In the tender procedure of Dunaföldvár 104.1 MHz and Kalocsa 94.5 MHz, the body registered the sole tenderer Katolikus Rádió Zrt. However, in the formal review of the tender for the commercial use of the Szeged 87.9 MHz regional media service, the Media Council refused to register the sole tenderer Radio Plus Kft. because its tender was found formally invalid. At the same time, the Media Council finalized the calls for tender for the use of the local community radio media service Esztergom 92.5 MHz, for the commercial use of the regional media services Debrecen 104.6 MHz and Nyíregyháza 91.1 MHz, and for the use in principle of the small community radio media service at the Gyöngyös site.

Based on the request of X AND A Kft., the Council decided to conclude a provisional public contract for 180 days in for the regional use of Budapest 92.9 MHz.