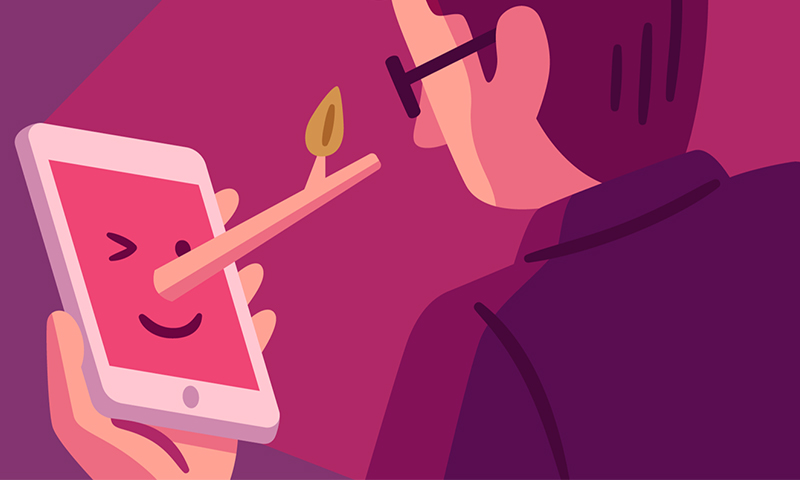 The NMHH’s survey from last year showed that 53 per cent of domestic internet users over the age of 15 claim to have encountered fake news, most often in social media. As fake news often tries manipulating by appealing to emotions, even usually prudent, prepared readers can end up impulsively sharing such news. Therefore, it is important to call attention to the need of conscious and critical news-reading skills again and again.

The campaign uses the examples of hastily read, misunderstood news in brief, 15-second videos to show why we should slow down and ask a few self-check questions before sharing news. The infographics on the nmhh.hu/alhirek page explain the features that are worth checking when reading and, most definitely, when sharing news. These include: the name of the website, the text in the post, the image source, the author or the sensational title itself. The page recommends three additional infographics featuring basic information on the issue of fake news and related articles, such as pseudo-documentary films or the phenomenon of so-called clickbait sites, which were prepared by the employees of the NMHH Magic Valley media literacy education centre.

The campaign is staged in September, mainly through social media platforms, which is where fake news originates from in the first place.

The inspection or sanctioning of misleading online news sources is beyond the competence of the NMHH. The most effective form of protection against fake news is the care and caution of news consumers and their news analysing skills, which are promoted by the campaign that is now being launched. As always, reports on fake news received by the Internet Hotline, the NMHH online information and assistance service, which carry the suspicion of fear-mongering will be forwarded to the police.