53 percent of domestic internet users over the age of 16 claim to have encountered fake news, mainly on social media sites – according to 47 percent of the respondents – while half as many (23 percent) have experienced this phenomenon on other websites. 60 percent of the respondents have encountered some content that was deemed to be harmful, ranging from fake news and paedophile content to racist materials propagating terrorism, violence or drug use, of these fake news being mentioned the most frequently. Naturally, this data is based on self-reporting and respondents were not allocated the task of identifying fake news during the survey.

Who are the ones that may encounter fake news?

Nowadays, recognizing intentionally misleading content is far more determined by online habits than conventional social-demographic characteristics. This group is becoming increasingly heterogeneous as the number of internet users is increasing in Hungary – at the time of the survey, this stood at 6.53 million people amongst those over 16 years of age. Recognizing fake news is mostly determined by how intensively and actively the person in question uses the internet. 71 percent of those who visit five or more social media sites on a weekly basis have encountered fake news, compared to only 41 percent of those who use just a single social media site. Two-thirds (63 percent) of those who felt they had a close connection with the internet did have experience with fake news, while only 41 percent of those who claimed the internet is barely a part of their lives said the same. However, the survey showed that recognizing fake news wasn’t influenced at all by the size or type of settlement the respondent lived in, the size of their family, whether they were financially active, and their level of education, age, financial situation, sex or the part of the country they lived in were barely relevant at all.

How do Hungarians use social media websites?

It is particularly significant that Hungarians encounter the most fake news on social media sites as they visit these sites the most often. This is also supported by DESI 2020, the indicator of the European Commission that measures the development of the digital economy and society, which shows that 86% of Hungarian internet users between the ages of 16 and 74 use social networks, which is the highest rate measured in the EU. According to the results of the NMHH survey, 78 percent of respondents visit social media websites with some level of frequency, while 77 percent use Facebook at least once a week and have at least a weekly activity on such websites (only 0.3 percent visit these sites fewer than once a week). A significant number of internet users – 43 percent – are active on three or more platforms at least on a weekly basis, with every tenth person visiting five or more websites. Social media site users are highly active: only one-tenth reported doing a single thing on these sites, for example, giving likes to posts. However, half of those using the internet (51 percent) belong to the group of highly active users, commenting, sharing and posting their own content in the form of text or images. The significance of social media sites is further indicated by the fact that they are mostly visited with smartphones, which are always in our pocket – at least according to the account of 59 percent of all internet users – while far fewer use conventional computers (46 percent) and the rate of tablets and smart televisions is negligible (9 and 1 percent, respectively). The share of those using smart phones is even higher among those visiting social media sites or using Facebook on a weekly basis: three-fourth of them use this method for information, entertainment and social purposes.

What does NMHH do to prevent the spread of fake news?

The inspection or sanctioning of misleading online news sources falls within the competence of the police. Those reports on fake news received by the NMHH’s legal advisory service, the Internet Hotline, which may be suspicious in terms of scaremongering are forwarded by the Authority to the police.

The latest survey was conducted between 18 November and 10 December 2019 via self-completed online questionnaires with a sample of five thousand participants. The population of the sample consists of internet users living in Hungary over 16 years of age who use the internet at least once a week. The representativity of the sample is based on a nationally representative personal survey of 3200 people, while the possible distortions of the final sample were corrected by researchers with a mathematical-statistical process of weighting. The online survey and the personal survey it was based on were prepared by Ariosz Kft. for the NMHH. 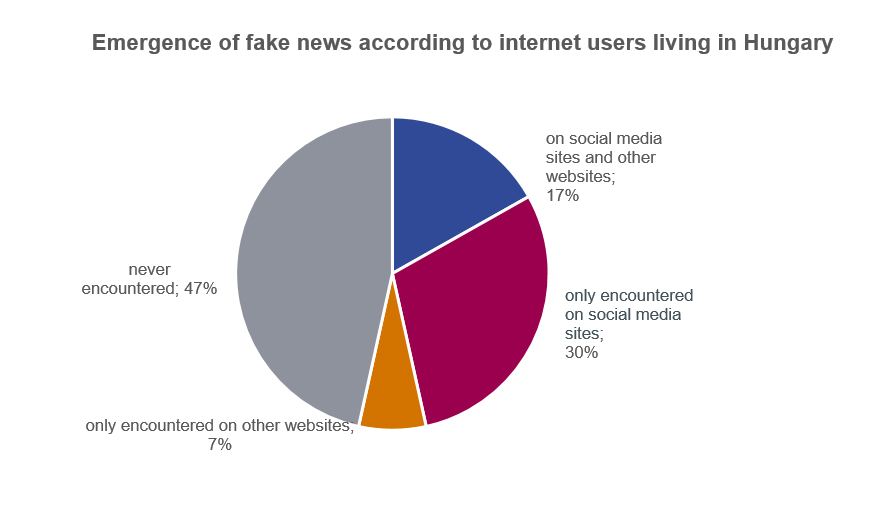 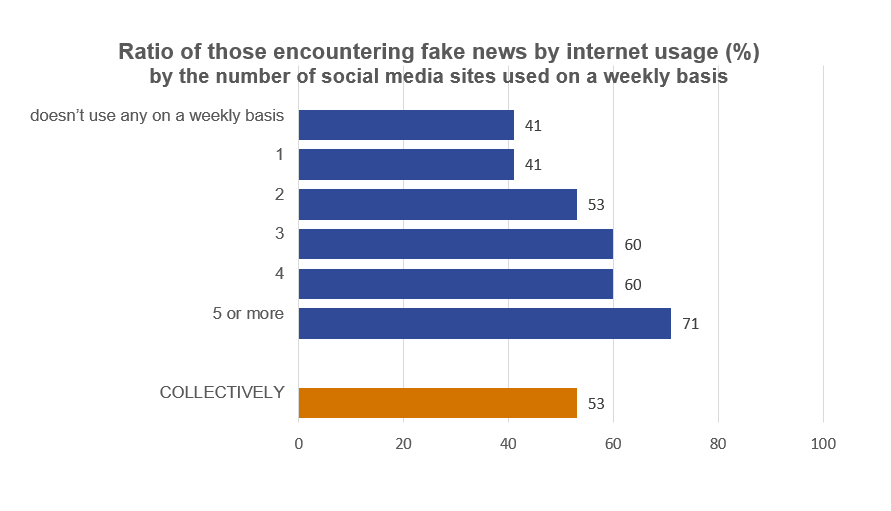 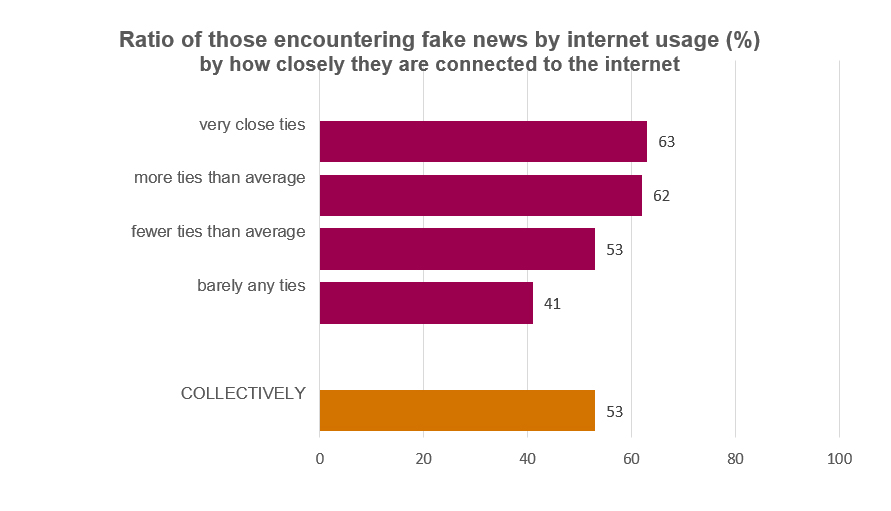