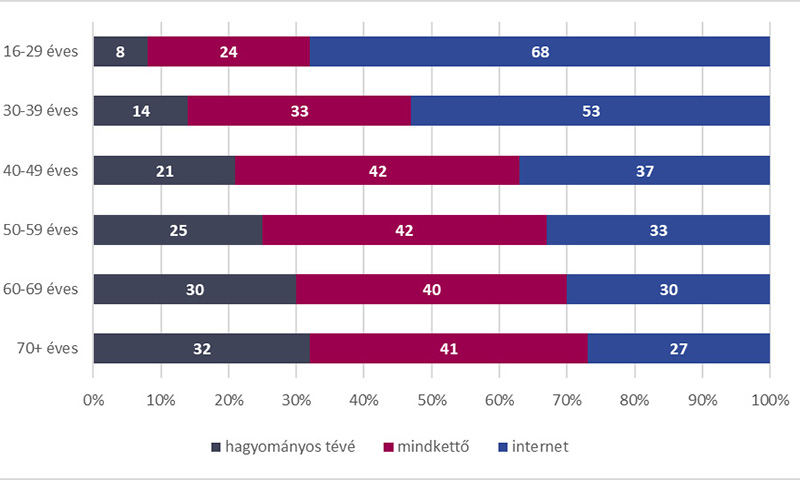 NMHH survey: declining rate of traditional media compared to the Internet among consumers

The NMHH user survey conducted at the end of last year focused on the performance of the three types of internet services available in Hungary (fixed internet, internet access on large-screen devices such as computers and internet access on small-screen devices such as mobile phones) as well as television services. General user satisfaction is clearly demonstrated by the fact that each internet or television service was rated at least 80 on a scale of 100.

The highest ranking elements of user satisfaction include the speed of computer mobile internet connection (84 points) and its fault-free operation (83 points), the selection of television channels (84 points) and its continuous operation (84 points) as well as general opinion of the above (84 and 83 points, respectively). People are least satisfied with the monthly fee of television and fixed internet services (80 and 79 points, respectively) and the speed of fixed internet connection (81 points). An analysis of the survey data suggest that in general villagers and those living in the South Great Plains region of the country are the most critical while those in the North Great Plains are the most dissatisfied with these services.

The survey specifically studied user opinion of mobile internet in the 14+ age group, where 63 per cent used this service in the autumn of 2019. The average score among those giving substantive answers to the question was 83 points on a scale of 100. Users are the most satisfied with continuous, fault-free operation (85 points) and the speed of mobile internet connection (84 points) of the service. User satisfaction is statistically lower regarding general opinion on mobile internet (83 points) or monthly fees and data traffic limits (81 points each) than with respect to fault-free operation. Essentially, users are quite satisfied with the stability and reliability of their mobile internet service, they believe it is a bit expensive and would like to have a higher quote. Still, the scores for all these aspects were 80 or above.

Even though mobile internet is a new technology that requires confidence and some expertise, there are no substantial differences in users’ satisfaction with the service in terms of gender, age or employment status. However, significant differences in opinions on mobile phone internet were observed in terms of users’ places of residence, regions and education. The most critical respondents are those living in Budapest; however, the most satisfied consumers in the capital are those with college/university degrees, who are actually overrepresented in Budapest. The other regions where people are the most satisfied with mobile phone internet service are the Northern Great Plains and Southern Trans-Danubia, whereas consumers in North Hungary complained the most about the service.

The survey was conducted between 7 November and 10 December 2019 on a nationally representative sample of 3,200 households using personal interviews. The interview had two parts: one with the household and one randomly selected member of the household of at least 14 years of age. Any possible distortions of the final household and individual samples were corrected by researchers with a mathematical-statistical process of weighting. The survey was prepared by Ariosz Kft. for the NMHH. 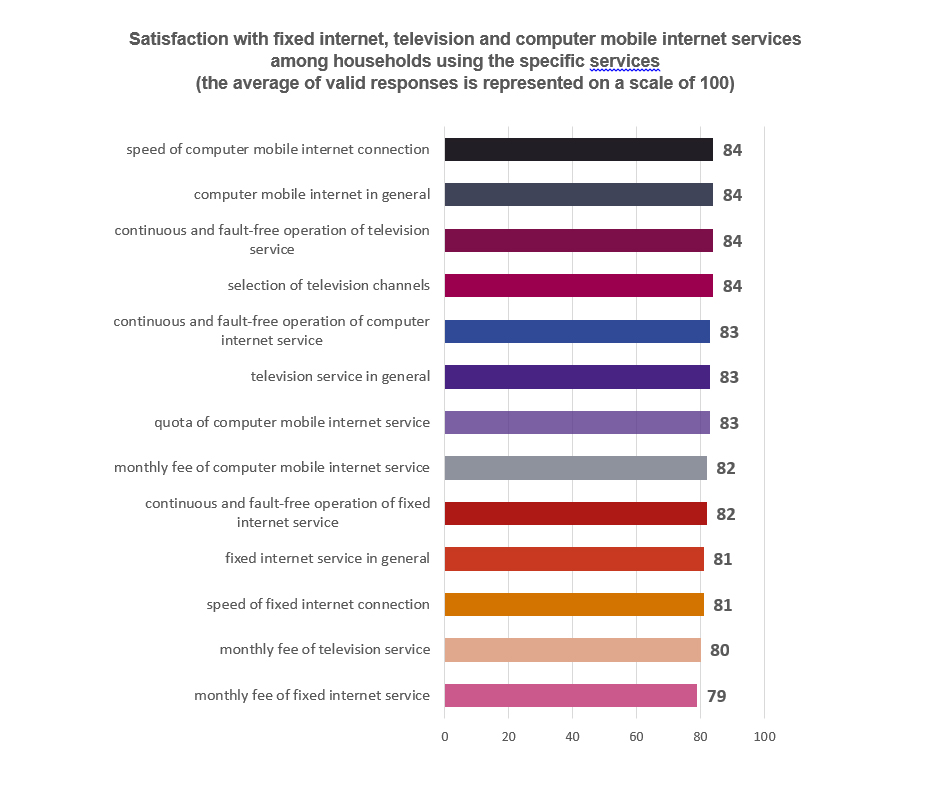 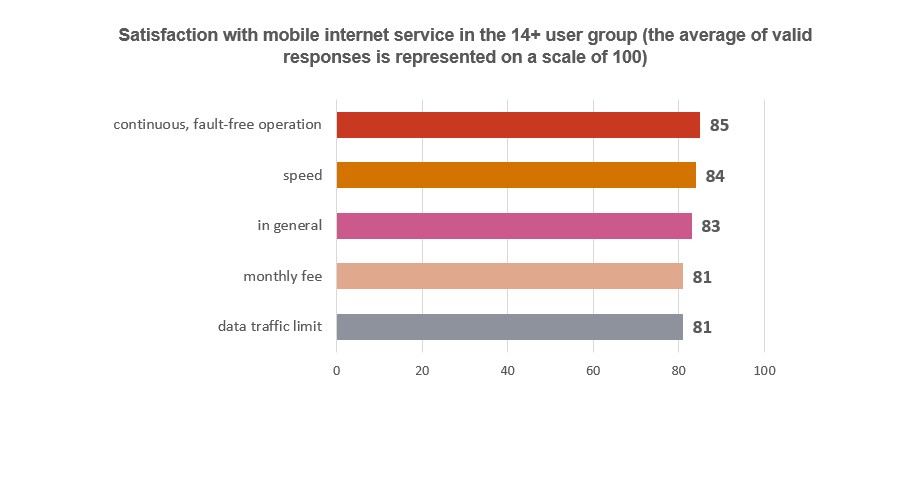