In parallel with the spread of Internet use in Hungary, traditional media and telecommunications, i.e. television, radio, print media and telephony, find themselves in an increasingly more difficult situation. At the end of 2019, Hungary already had more than 6.5 million Internet users (in the 15+ population) who browsed the world wide web at least once a week. For example, half of Internet users rarely, if at all, rely on traditional electronic and print media to stay informed. And when it comes to entertainment and movies, the Internet has a similar lead: 46 percent watch little or no television and rather spend their free time online. Traditional telephony more or less seems to be able to keep up with Internet use: only one-third of respondents said they contact others mostly or exclusively over the Internet (if the other party also has an Internet connection).

The Internet also has a huge appeal to the elderly

The loss of ground of the traditional media and telecommunications in relation to the Internet is mainly due to the fact that more people are now using the Internet more confidently, so demographic characteristics show little correlation here. Only in the case of entertainment and pastime does the age of the respondents appear as the most decisive factor, in addition to the time spent on the Internet and Internet skills.

Television, and also radio, is losing ground to the Internet much faster among the under twenty population. Seven out of ten teenagers stay informed using the world wide web instead of traditional TV stations, radios and newspapers, with only one in thirteen saying they watch more television than they are online, and eight out of ten watch movies, videos or series on the Internet. Two-thirds of those under the age of thirty, and half of those in their thirties, said they mostly or exclusively use the Internet instead of watching television. The massive appeal of the Internet is quite visible in the sixties and seventies age groups as well: 70 percent of Internet users in their sixties and 68 percent of those over the age of seventy say they use the Internet as much or even more than they watch television.

Watching movies and listening to music

The NMHH’s research also reveals that 15 percent of video-watching Internet users have completely abandoned traditional television viewing, and another 26 percent of them watch less TV, while 22 percent of those who listen to music and podcasts online have already given up listening to classic radio stations. Here again, the paradigm shift is the most striking among those under the age of thirty: there are twice as many people in Generations Y and Z who no longer watch television (28 and 30 percent), and one and a half to two times more who no longer listen to the radio (28 and 38 percent) than those who still consume traditional media content.

What is your source of information? 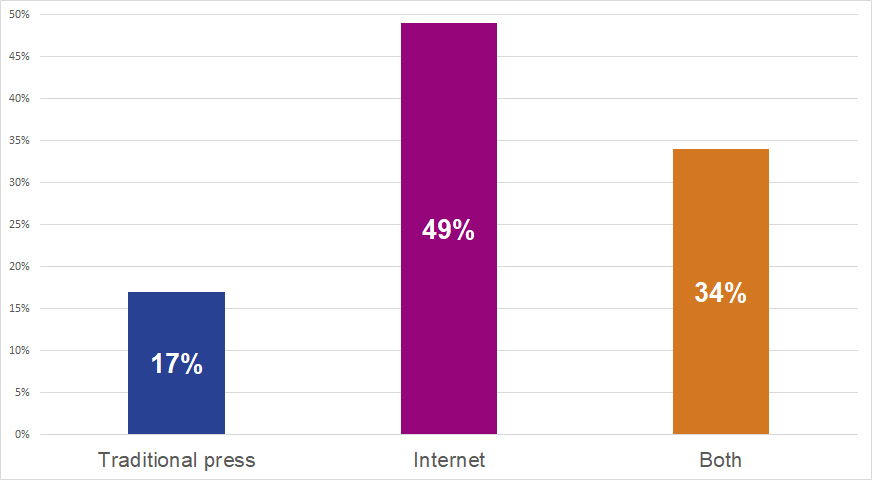 What do you watch? 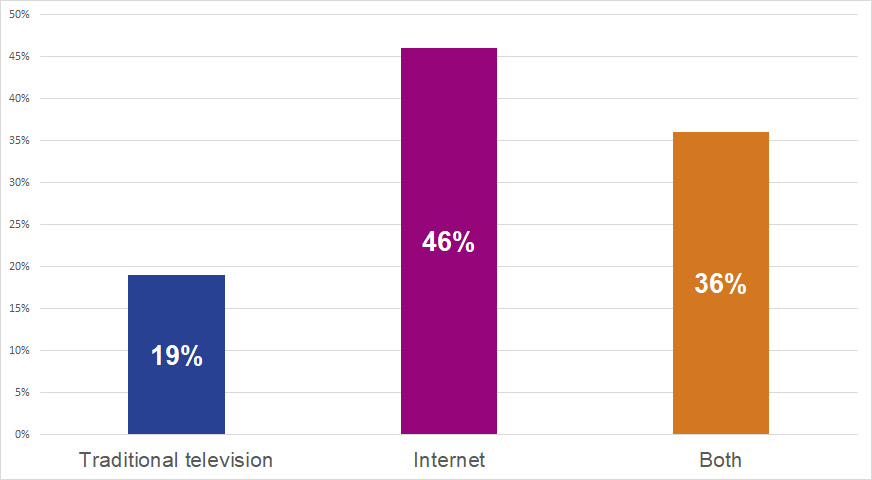 How do you communicate 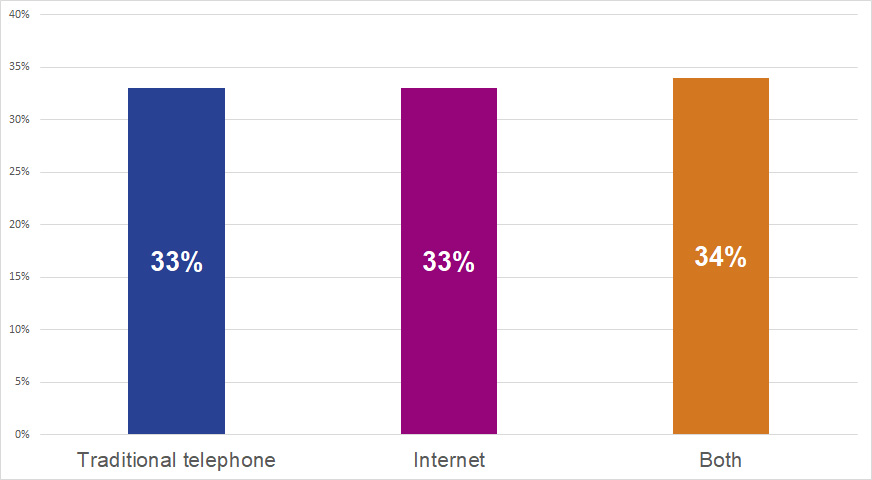 What do Internet users watch more by age group? 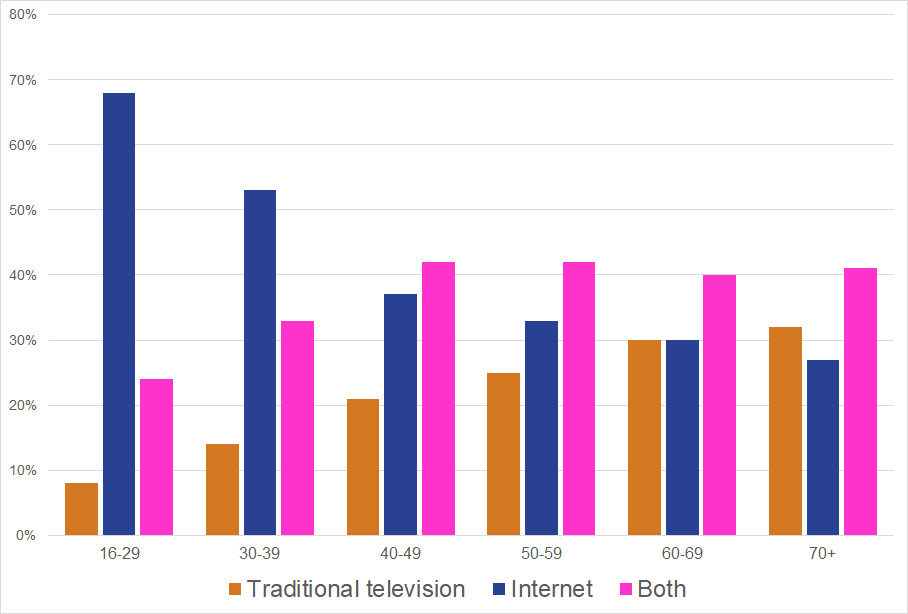