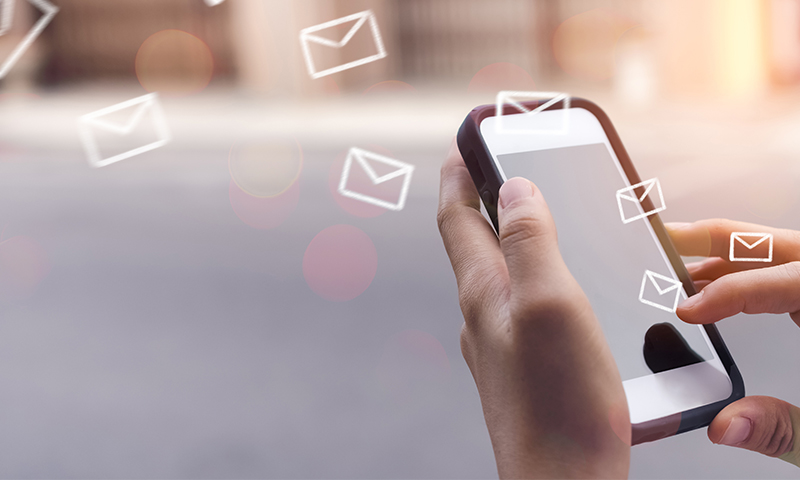 The SMS craze exploded in the mid-1990s. People sent and received short messages, typically text messages, using mobile phones (or computers). Today, there are countless chat apps, but SMS is here to stay.

We'd rather make a phone call than type a message

Although the propensity to send SMS is decreasing, the number of mobile calls and even the length of calls are increasing. Presumably, with the rise of unlimited plans, free voice calls have become more common, as it is much easier to call friends and acquaintances than to send SMS.

The market research of the Media Authority, conducted among people aged 16 and over who use the internet, also found that mobile users' habits vary widely, with only 7% sending private SMS messages every day. Around a quarter of them send messages to friends and acquaintances weekly or monthly, while two thirds send them less often or never.

It is right to think that the decline in the number of SMS is linked to the rise of online chat applications. That is, if someone is chatting on Messenger, for example, they are less likely to send SMS. But the situation is more complex than that. In the analysis, the Media Authority examined the combined effects of several variables (e.g. gender, age, chat usage, internet skills). It turned out that among those who consider themselves beginners in internet use or an average user, chat has not typically replaced SMS. This means that people who chat more often like to text and send text messages.

It is perhaps a surprising data that men send more SMS than women, but the focus here is not on private messages, but on administrative tasks (e.g. paying for parking). Age also has an effect on SMS sending, but the correlation is not linear: young people text (and chat) more often, while the middle-aged 30-50s text less often, and the over-60s text again more often and use other forms of chat less.