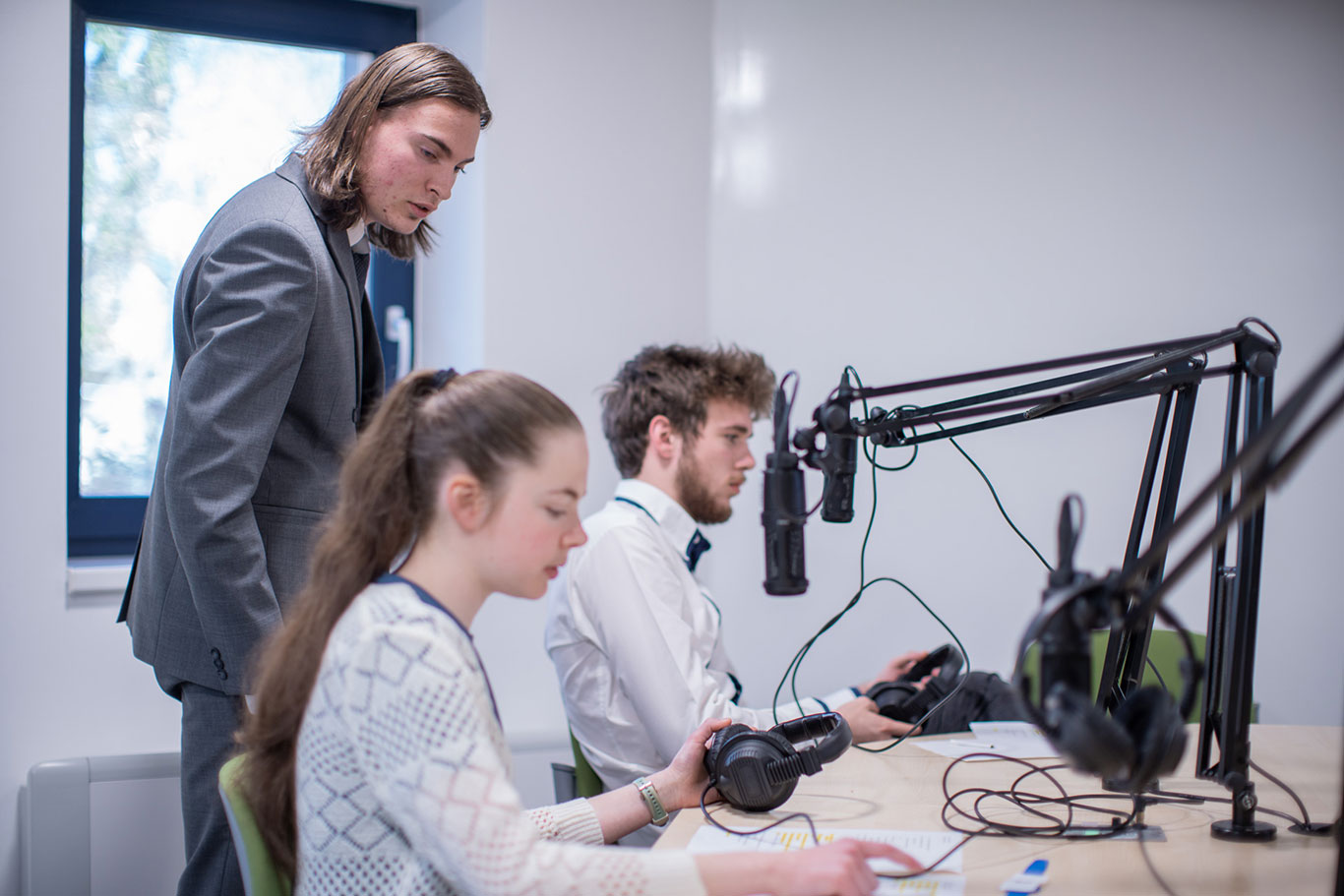 At the recommendation of the Education Authority, the finals of the National Secondary School Academic Competition in the motion picture culture and media literacy subject were organised for the third time in the Media Literacy Education Centre of NMHH at Magic Valley in Budapest. The students selected for the finals of the competition had the chance to compete against one another with professional studio equipment this year. In the finals held on 24 March, participants analysed each other’s essays written previously and selected for the finals of the OKTV, then defended their own papers in a debate. This year the subject of the essays and the debate was the documentary entitled Tinder Swindler and the question of what social functions of the media play a role in such a phenomenon of seduction, make-believe, delusion, and pyramid schemes.

The creative, practical task this year was once again to create a media text. Students also demonstrated their dialogue-writing and voice-acting skills, when they had to make up a dialogue for a few-minute muted fiction film, then they also had to record their text for dubbing. They managed to create lively, at times particularly entertaining dubbed dialogues on the equipment of the centre’s radio studio, all of which unfolded the many possibilities inherent in the emotional situation depicted in the film clip. In addition, this way the contestants were each other’s opponents and collaborators at the same time.

Success achieved in the academic competition could mean valuable extra points for some majors in the higher education admission procedure.

The participants taking part in this year’s oral finals and their schools:

NMHH’s special prize for outstanding achievement in the creative task was awarded to Máté Wawra, who received a ticket to the Budapest International Documentary Festival which allows him to sit in all the screenings. The schools will be informed about the results and the winners by the Education Authority.

Every school year, the Education Office organises a media talent competition, similar to the school-leaving examination, in motion picture culture and media literacy, which is of a similarly high standard but allows more space for the students' individual interests and imagination. The aim of the OKTV is to teach critical media use, to encourage immersion, independent research, opinion-formation, conscious creation and self-reflection in the topics of film and other media, thus indirectly facilitating career guidance. The jury comprises of both media teachers and film directors. The professional partner of the Education Authority in organising the competition is the Visual World Foundation.

About Magic Valleys, the media literacy education centres of NMHH

NMHH operates three Media Valley media literacy education centres: one in Budapest, one in Debrecen and one in Sopron. In these centres, children can experience what impact the media has on them through play with the help of a unique set of equipment and qualified media literacy teachers. Student groups aged between 9 and 16 may participate in the one-day sessions of the centre free of charge. Since the beginnings, that is the opening of Magic Valley in Budapest in 2014, a total of more than 61,000 children participated in interactive sessions in the three centres.