Subsequent to the appearance of the coronavirus in Hungary and the introduction of curfew restrictions, there was a great increase in the demand for digital shopping, payments and administration. The latest NMHH survey in the subject was prepared between November and December 2019, yet the statistics show that large sections of the population were not caught off guard by the transition to digital administration. This is supported by the fact that at the end of 2019, 6.5 million people in Hungary used the internet on a weekly basis, practically all of whom—93 per cent—had some command of resolving everyday issues online.

The survey covered four fields amongst the Hungarian population aged 16 and over: shopping and related activities, banking, official administrative measures and payment. Of these fields, shopping and related activities were the most common; for example, browsing and checking stock or the details of products or services, reading advertisements for the sale of products as well as posting classified advertisements—90 per cent of internet users have been engaged in such activities. The survey results show that in the second half of 2019, seven out of ten domestic internet users have purchased some goods or services, two only studied advertisements and goods on the available supply, yet placed no orders online, while one neither made purchases, nor browsed.

In the six-month period under review, 60 per cent of internet user were engaged in online banking, 53 per cent made online payments, while 52 per cent handled administrative matters online. Three-fourths of online shoppers paid for goods or services online, therefore a high proportion of online payment applications have gained the trust of users, with shoppers providing their credit card information.

There is a clear distinction between shopping and its related activities as well as the other three types of handling matters. However, there was no distinction between women and men, therefore the popular assumption that women shop more frequently than men is not true online. Online shopping and browsing offers is more typical of those who admittedly have closer ties to the internet and spend a great deal of time online. There is also a minimal connection between online shopping and the use of social media sites. As social sites become increasingly popular in Hungary, with this, the number of—particularly small—sellers offering goods and services on various platforms has also increased, thus following their potential customers. Many internet users encounter advertisements on these sites, often unaware that they are exposed to advertisements in the various posts. 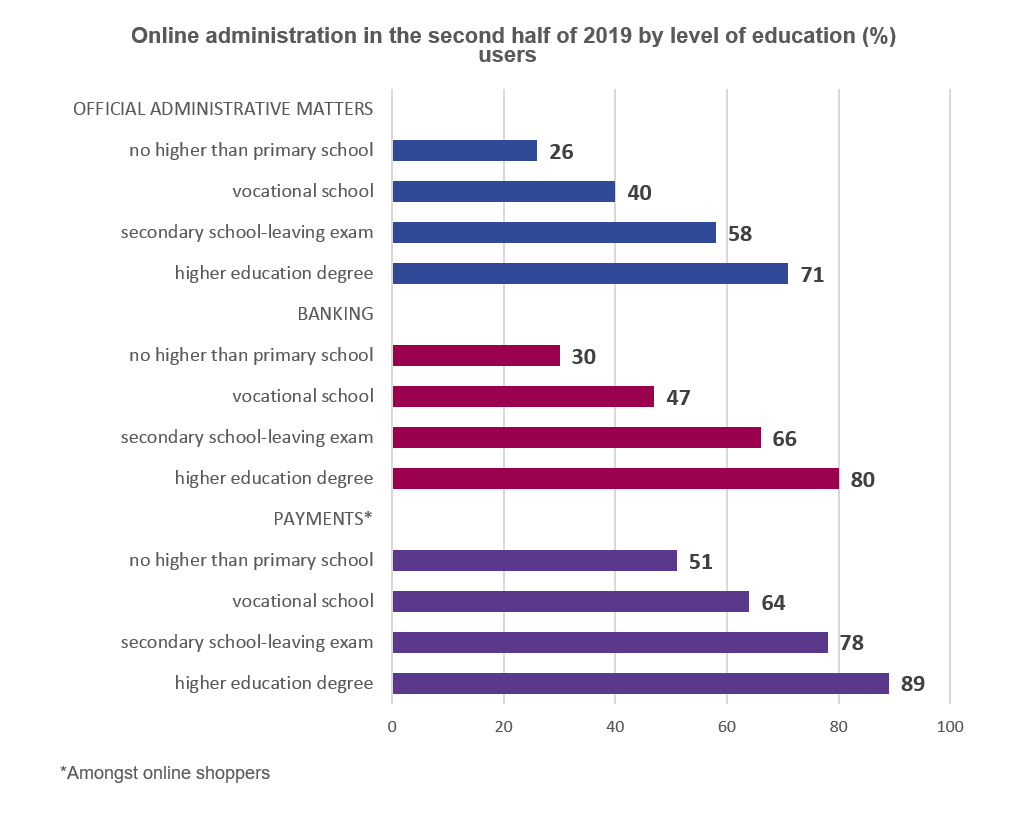