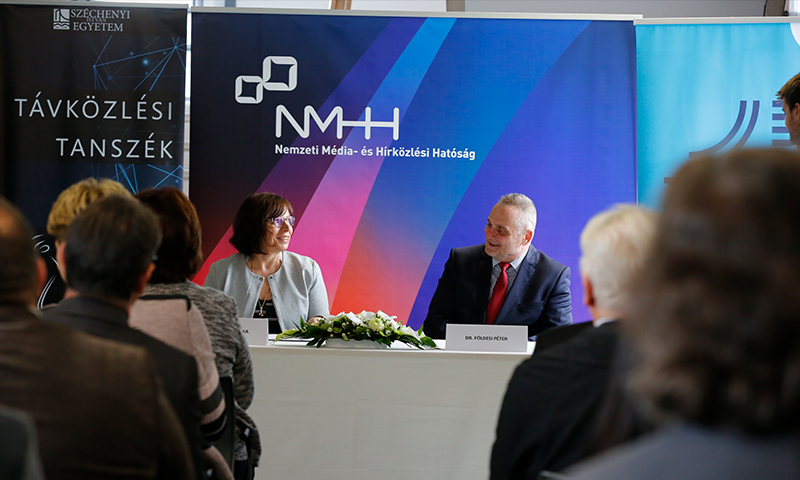 “Media now has a role similar to the one hearth once had: it is at the centre of our lives and we are gathered around it. It leaves an indelible mark on our culture and identity, and therefore, as a professional authority, it is our responsibility to recognise the people who enrich them with their personal touch”, said Monika Karas, President of the NMHH, at the award ceremony. 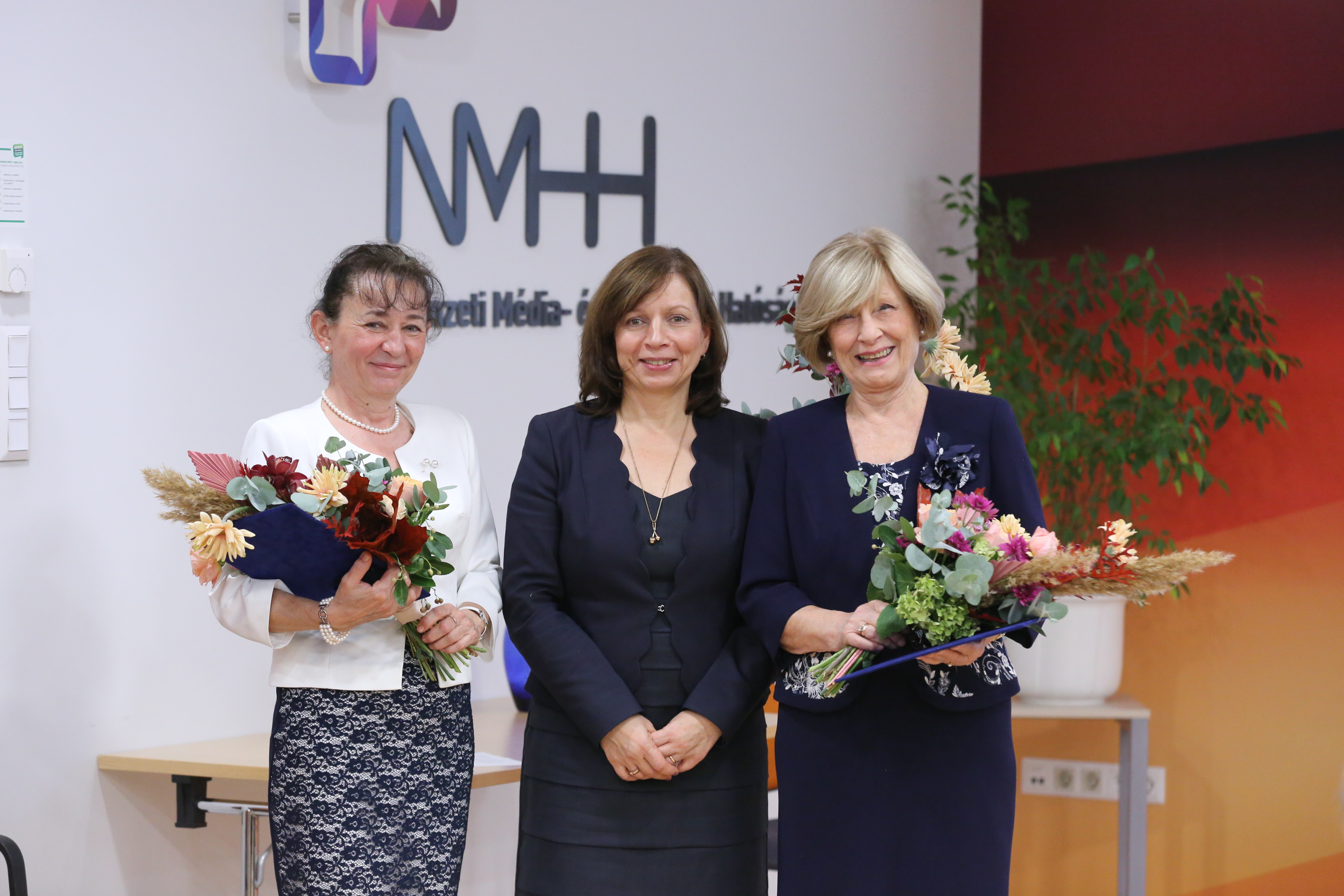 From left to right: Mária Kissné Akli, Head of the Frequency Planning and Coordination Unit of the National Media and Infocommunications Authority; Monika Karas, President of the NMHH, and Júlia Kudlik, legendary television hostess, after the ceremony for the Goldmark Péter Károly Award.

Dr. Mária Akli Kissné, Head of NMHH’s Frequency Planning and Coordination Unit, joined the authority’s predecessor in 1996. Thanks to her work, frequency reorganisation and frequency release activities are performed in line with the increasing frequency demand; she has also represented Hungary in international professional organisations for over twenty years. She has had great achievements in the planning and coordination required for the introduction of digital broadcasting.

Júlia Kudlik’s name has become synonymous with the golden age of Hungarian television broadcasting; generations grew up watching her programmes. She had a definitive presence at the Hungarian Television for over forty years. She was the iconic face of the popular science programme Delta, was the hostess of the Dance Music Festival in 1981 and many folk music competitions. In the nineties, she introduced the genres of cooking and lifestyle shows to Hungarian viewers with Juli Suli (Juli’s School). In the meantime she was also the hostess of programmes of public benefit such as Állatok védelmében (Protecting Animals) or Gazdit keresünk (Looking for Pet Owners).

Since 2015 the President of the NMHH is sanctioned to present the Goldmark Péter Károly Award to professionals who demonstrated excellence in media for the development of broadcasting and media services and have done an outstanding job for decades. The President of the NMHH has also created an award for prominent figures in the communications sector: the Magyari Endre Award was bestowed on spectrum management expert László Pados this May.