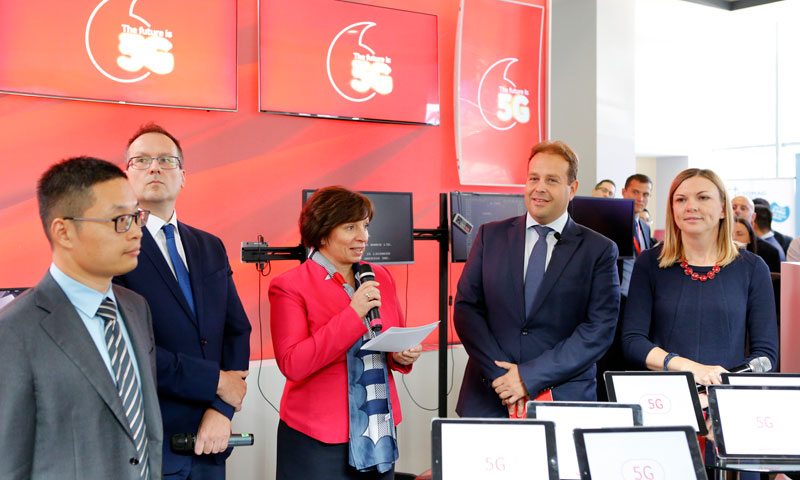 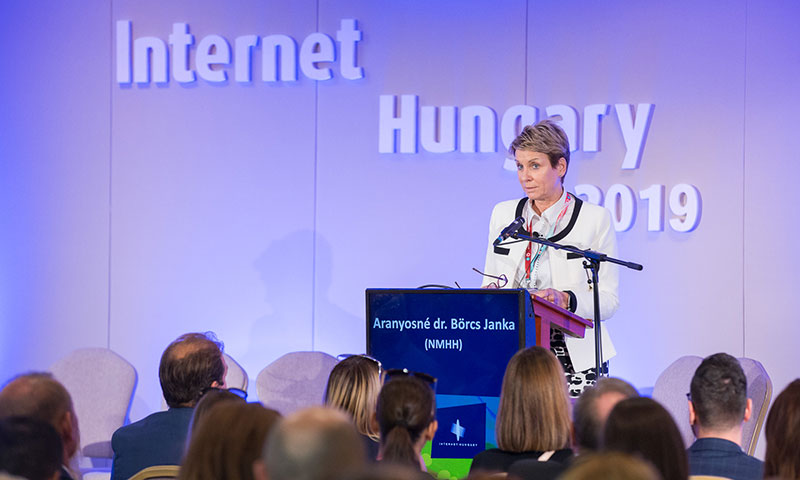 “Party game” was the slogan of the Internet Hungary conference organized on 1–2 October. In her opening speech, Director-General of the NMHH Dr. Janka Aranyos Börcs stressed the following on this subject: “A game is enjoyable and fully immersive if the rules are clear and predictable.” According to the Director-General, it is the NMHH’s responsibility to create such conditions. A good game requires not only rules but also a good team because a good game is always a social activity. In infocommunications, participation and victory are both important; in fact, one cannot exist without the other. Cooperation and competition are also components of progress because infocommunications is not a zero-sum game, where the winner takes it all. On the contrary, infocommunications is less and less just a sector of many; it is rather a force that embraces all other sectors, which is well reflected in the diverse programme of Internet Hungary and the multifaceted activities of the NMHH.

The conference, which was attended by 2,400 people, also featured NMHH experts as presenters. Director of Regulatory Affairs at NMHH Nándor Beke gave a presentation on the Hungarian application of the communications code and also participated in two roundtable discussions of professionals. His presentation focused on the changes generated by the Hungarian application of the European Electronic Communications Code. According to him, the changes affect a broad spectrum of the future of infocommunications, as the definition of electronic communications service itself is broadened: beyond number-based interpersonal calls and internet access provisioning, it also includes number-independent (online) calls as well as M2M- and IoT-based signal transfers. NMHH panellists of the additional roundtable discussions included Head of the Regulatory Unit dr. Brigitta Orosz, Head of the Market Analysis Department Csaba Baboss and Head of the Technology Analysis Department István Bartolits.

During a roundtable discussion on Hungary’s 5G Strategy, moderator Márta Holló asked Deputy Department Head of the Ministry for Innovation and Technology Brigitta Kovács, professional lead of the 5G Coalition Ákos Mácz, and the NMHH’s Head of the Technology Analysis Department István Bartolits talked about the current status of the next generation networks in Hungary. 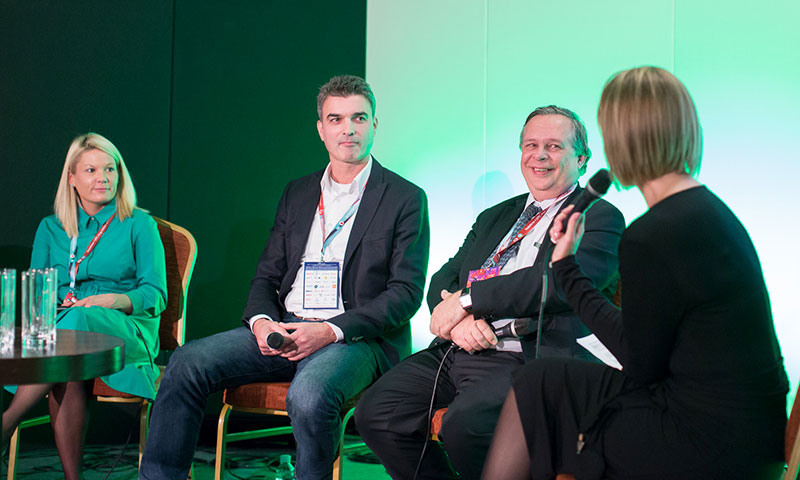 Although several major operators have announced the launch of their 5G services in some countries, Bartolits dismissed such news as mainly marketing tricks. As the final, comprehensive European 5G standardization is not yet complete, the 5G services recently launched actually mean implementing a 5G radio interface based on a 4G infrastructure. So it would be a mistake to think that Hungary is lagging behind because Hungary will hopefully have a real 5G infrastructure complete with an optical backbone as well as an antenna system for microcells to be installed on utility poles. In that regard, Brigitta Kovács said that the Hungarian state plans to allocate HUF 35 billion for the deployment of the optical connections needed for the connection of the base stations alone, but the entire infrastructural investment is expected to be in the range of hundreds of billions of forints.

As most questions were about the health risks of 5G, István Bartolits stated that the concern is understandable but is unfounded. Most of the fears are related to the introduction of the 26 GHz frequency range, which has already been used in telecommunications, although not at base stations.  However, due to the microcells, their output will be very low, so the radiation load on the human body will be even lower than today.

For this to be seen and utilized by users, 5G needs to become a social issue. Information and perception management can dispel these concerns, added Ákos Mácz. Of course, there are harmful radiations, but instead of the antenna they come from the speaker, said Bartolits with some irony thereby claiming that the real risk is not the technology but the content.

When asked what it is that 5G knows that 4G did not, Bartolits answered that basically everything can be solved with 4G that is designed with 5G, but at a much smaller scale. He described the relationship between the two networks with the following analogy: today, there are some top athletes who run a hundred meters under 10 seconds, but 5G will be like everyone running the hundred-meter sprint under 10 seconds.