Research on media usage, consumption and literacy of 7-16-year-old children and their parents 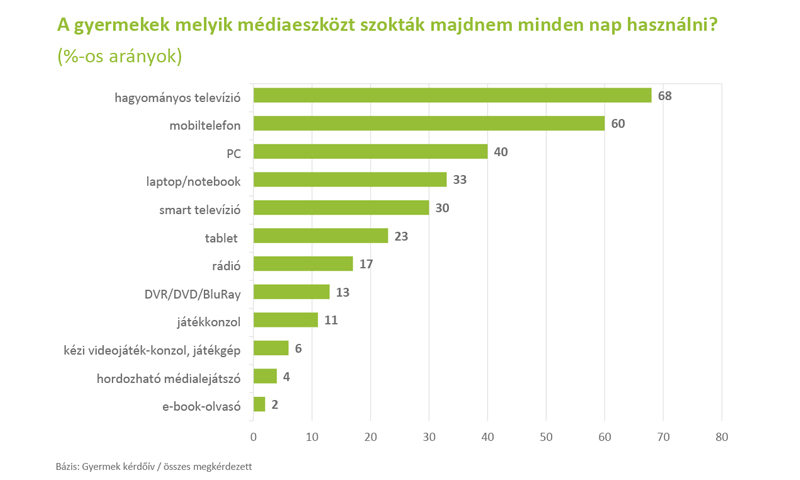 Another 9,000 children will have the chance to get involved in interactive media awareness sessions in Sopron every year

After Central and Eastern Hungary, the NMHH will now set up its third media literacy education centre in the western part of the country, in Sopron, expected to start accepting students from autumn 2019. The new centre will feature three levels, six studios and a supplementary activity structure to educate 50 children per day, and 9,000 a year, on the specific characteristics of media. In addition to the radio, film, newscast, press and web workshops currently available, the curriculum will also include a series of lectures on the dilemmas faced by vloggers.

Magic Valley’s ultimate goal is to raise visiting children’s awareness on how they are affected by the media in a playful manner by offering active, creative processes and ensure that they grow up to be perceptive, informed and conscious media consumers. In this process, students are assisted by a state-of-the-art equipment pool and skilled media literacy trainers.

Since their opening in Budapest (2014) and Debrecen (2017), the centres are continuously visited by school classes every year: they have received over 33,000 children from 261 municipalities in total — and all this free of charge. Those who are not able visit Magic Valley during the school term are given the opportunity to attend the Centres’ summer camp where about 300 children enrolled this year alone.

What are the children’s attitudes towards smart devices or social media?

Children’s presence and behaviour in the context of “new media” have been the cause for various concerns in recent years. Therefore the NMHH, in support of its child protection and education activities, carried out a large-sample representative questionnaire survey on media consumption and family attitudes towards new media among 2,000 children aged 7 to 16 and their parents.

The survey revealed that 14 per cent of children as young as 7 and 8 years old have mobile phones, while this proportion is as high as 50 per cent among 9- and 10-year-olds. 88 per cent of the entire age group have smart, i.e. internet-capable devices. Hungarian children also join social media at an early age: 19 per cent have profiles at the age of 9 or 10, they are on average 11.5 years old when they sign up i.e. one and a half years younger than the official age limit for sign-up. Children in Hungary also look for a private space away from the adults’ watchful eyes as around 17 per cent of parents have no presence on such platforms whatsoever, while 25 per cent are not present on sites where they could connect with their children.

The authority was particularly interested in the preliminary rules or forms of subsequent control families apply to enhance the safety of children or restrict the range of content and experiences available to them. The results show that nearly half of 11- to 13-year-olds using mobile devices have not agreed on any preliminary rules with their parents and the same percentage does not discuss their online experience afterwards either. For 90 per cent of the families, adult content is not filtered on children’s mobile devices; but in the majority of the cases (54 per cent) there are no relevant rules even if children use devices other than mobile ones to access the internet. The process is visible: the newer the platform, the fewer regulation and control is used by parents.

The survey revealed that almost a quarter of children have seen content inciting hatred against certain groups based on their race, skin colour or sexual orientation during last year, with as many as 37 per cent of 15- and 16-year-olds having experienced the like. During the same period, a quarter of the children reported what they perceived as manifestations of harassment and/or intimidation personally aimed at them, the most affected again being 15- and 16-year-olds, particularly the girls, with 27 per cent.

With regard to awareness of web safety, the survey showed that both parents and children are mostly at a loss: 27 per cent of parents do not keep up-to-date whatsoever by their own admission. 19 per cent tries to get information from their children, while 82 per cent of children expect to be informed by their parents. A longer extract from the entire survey is available on the Authority’s website under Research.

With a view to the results of the survey, the authority launched a campaign to promote the option to report online abuses a couple of weeks ago. In addition, insights obtained from parents and about parents’ attitudes also informed the NMHH’s currently available and planned publications and the content of the activities offered at the Magic Valley Centres in Budapest, Debrecen and, from autumn 2019, Sopron.

The Internet Hotline and the NMHH’s CSR Programme

At the event, Monika Karas also touched upon a number of actions carried out by the NMHH on a voluntary basis for social responsibility reasons. In 2011, the NMHH launched its Internet Hotline that provides an online platform to submit reports in nine categories for those who find content that is infringing or harmful to minors, with authority personnel following up on these reports to ensure that such content is deleted and rights are enforced. Since its launch, the Authority have investigated over 4,000 reports about issues including cyberbullying, paedophile content and sites promoting drug use, but most of them dealt with content, e.g. photos or personal data, made accessible without permission.

Similarly to the efforts that go into the Internet Hotline, the authority’s CSR Programme is also aimed at raising awareness and taking social responsibility, with the NMHH’s employees organising media literacy activities for residents of SOS Children’s Villages, including 150 children and foster parents last year alone. Based on mutually positive experiences, the NMHH extended term of this cooperation for another three years this year.