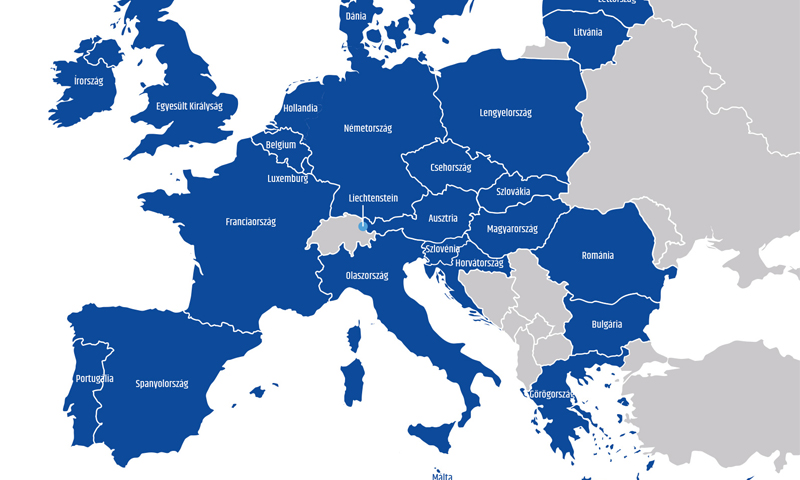 Roaming surcharges within the EU were abolished for common users just a year ago on 15 June 2017. It took Hungarian mobile customers very little time to get accustomed to the fact that it no longer costs more and therefore it is worth using their devices abroad as well. The results of the NMHH’s research covering the entire last year show that the multi-level information provided by both the EU and the Hungarian Infocommunications Authority was effective as awareness of the changes in roaming regulations and the abolition of surcharges spread very quickly and widely which is clearly discernible in the change in use patterns.

NMHH asked Hungarian mobile users about regulatory changes both before and after their implementation. The result of the survey conducted among the population aged 14 and older clearly reflect that awareness of this matter saw a considerable increase during the relatively short time passed since then. While only slightly more than half (57%) of nearly 8 million mobile users heard about the new regulations at the end of 2016, seven out of ten (71%) were informed from some source one year after their implementation; incidentally, there were no significant changes in the shares of Hungarian mobile users, those travelling abroad or those using their mobile devices there during this period.

As expected, knowledge of roaming regulations spread mostly among those who have been abroad in the last three years and used their phones there: by the end of 2017, awareness of roaming without surcharges was almost universal (99%). Knowledge also saw a considerable statistical increase both among those who did not travel abroad and those who did, in the latter case whether they used their mobile devices while abroad or not.

Changes in mobile use patterns indicate that users are aware of and understand the new conditions. Since 2016, smartphone users are in the majority and 63% of the population aged 14 and older had at least one smartphone at the end of last year. However, almost all smartphone users (97%) use the internet in one way or another within Hungary. With the decrease of roaming surcharges and the complete abolition of extra charges, significantly more people started to use the internet on their mobile devices with Hungarian subscriptions within the EU: the number of users connecting to a foreign operator’s mobile network for internet access grew from 30% to 43%.

Overall, while roaming, the majority still uses their phones primarily for making calls and text messaging – as they do when they are at home. Considering margins of statistical error the shares of people making calls and sending text messages from abroad to Hungary did not see any notable changes: they made up around 85% and 60%, respectively, of those who used their mobile devices abroad last year and the year before that.

About the changes in roaming surcharges

Roaming surcharges in Europe has been continuously dropping for several years and as the last step in this process, as of 15 June 2017, no surcharge applies apply when making and receiving calls, sending text messages or using the internet on mobile phones across the European Union. All phone operators were required to set roaming charges for their users in line with the applicable domestic charges if they periodically travel within the EU and may only levy any extra charges in exceptional circumstances. The NMHH also provided detailed information about these changes, along with organising an awareness-raising campaign and publishing two educational videos to help understand the new conditions for using mobile devices and the internet abroad, which have been viewed over a 120,000 in total.

About the research in short

The NMHH have been conducting comprehensive, national research studies on different topics for years in order to see and understand the telecommunications-related habits and opinions of consumers, and have time-series studies conducted with an identical methodology to support the Authority’s decision-making process over a strategic time period. The summaries of the highlights of these studies, including the latest representative survey on the use of telecommunications services among residential customers, are available at the Authority’s website, along with further detailed data and context.