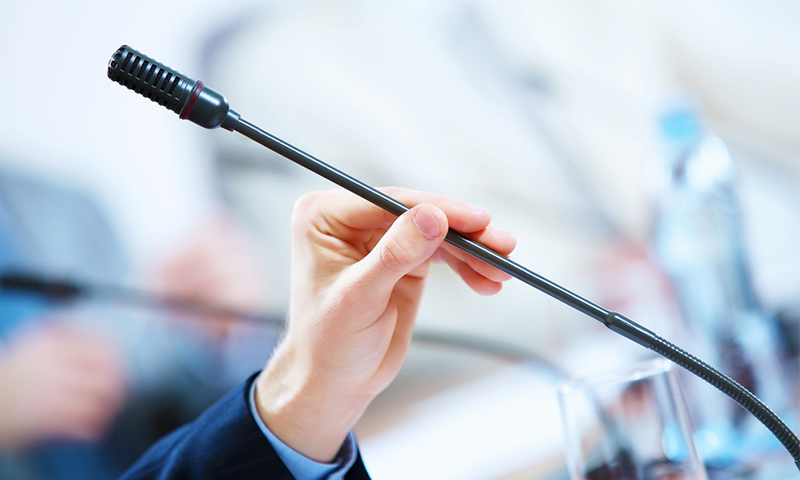 Claims of facts published in media content in Hungary

The National Media and Infocommunications Authority (NMHH) and the Media Council do not have the right to investigate untrue claims of facts published in media content; the competence to do so is held by another branch of the state, namely the judiciary, in press correction proceedings. The Authority is not empowered to decide whether a specific piece of published information is true or how much truth it contains. It should be noted that Section 3 of the Media Act (Act CLXXXV of 2010 on media services and mass media) grants media service providers editorial freedom to adopt their decisions on the news editing and selection.

Breaches of personality rights, e.g. damage to reputation, also result in a judicial rather than a media law proceeding, and neither the NMHH nor the Media Council have the power to influence the outcome and execution of such a proceeding.

Anyone may lodge a report regarding the legally stipulated role and responsibilities of the NMHH and the Media Council, claiming infringement of the rule on media governance; the Authority may launch an ex officio proceeding depending on its assessment of the report. The menu item Contact us! on our website describes what types of reports may be lodged and on precisely what subject areas; it is also a place for lodging the reports: http://nmhh.hu/tart/report/2.

Reports regarding press products, whether printed or online, belong to three categories: 1. incitement of hatred, exclusion; 2. protection of minors; 3. other matters not falling in the above categories; in accordance with the detailed provisions in the Media Constitution (Act CIV of 2010 on press freedom and the fundamental rules of media content), in line with Sections 14 and Sections 16 to 20.

Reports regarding television channels and radio stations are more diverse, falling into a total of nine categories: 1. the separation of advertising, the failure to signal content as advertising; 2. breach of transmission time rules; 3. the sound level of advertisements, duration of advertisements; 4. breach of the right to human dignity; 5. incitement of hatred, exclusion; 6. request to examine the violation of the obligation to provide balanced information; 7. the protection of minors, pornography, violent content, content rating; 8. advertising content, product placement; 9. other matters not falling in the above categories, in accordance with Section 182 of the Media Act.

In legal terms, inflammatory content inciting hatred (where the Authority has the powers to act) is different from the phenomenon and concept of fake news, which the Authority cannot investigate: it would exercise censorship if it were to decide whether a news item was true or false.

The Media Act and the Media Constitution grant the National Media and Infocommunications Authority (NMHH) and the NMHH Media Council only limited powers for controlling the online press products of media service providers, radio stations and television channels. Also, they have no powers whatsoever over websites that do not classify as press products (such as social media and video sharing portals).

The social media portals Facebook and YouTube both enable their users to lodge reports: the former in the fake news category, the latter in the misleading information and fraud category. If misleading information is contained in a commercial message, the consumer protection departments of the Budapest Capital and county government offices or the Hungarian Competition Authority have the competence to act.

As part of its social responsibility commitments, the Authority operates an Internet Hotline website (www.internethotline.hu), where anonymous reports of harmful (non-press) internet content may be made, and the Authority’s employees share advice on how to take the necessary legal action, while if crime is suspected, they will also file a report with the police. It is important to note that this legal advisory service does not sample or supervise content published on the Internet; it is always on the basis of the reports received that it acts before content or hosting service providers to represent the rights and interests of the person lodging the report.

The supervision of online press products

The Media Act and the Media Constitution grant the Authority powers over only certain types of content in the online (and the printed) press (as per Section 14 and Sections 16 to 20 of the Media Constitution). Meeting the expectations of society, the Media Council’s practice is not to conduct ex officio checks of news portals (websites that classify as online press products) as it investigates them in a self-limiting manner, only on the basis of reports made by citizens.

If a report concerns a portal that is a member of a co-regulator of the Media Council, the Council will forward the report, with the reporting citizen’s consent (data protection rules), to the competent professional body to act and proceed. The Authority performs its supervisory activities together with four other self-regulating organizations pursuant to the publicly available public administration agreements with these professional organizations (the Hungarian Publishers’ Association, the Association of Hungarian Content Providers, the Advertising Standards Board and the Association of Hungarian Digital Content Providers.) These organizations will therefore act in the contractually defined cases against the media content providers that submit voluntarily to the relevant co-regulation proceeding. Membership in these organizations in voluntary.

If the publisher of contested online press content is not a member in any co-regulatory organization, the Media Council will make an official decision on whether to conduct an investigation.

Press ethics and breaches of the law

The Authority may act only upon breaches of the law but not when ‘only’ an ethical rule is breached. The Media Act does not regulate the internal operations of media content providers, such as for instance what sources it may work from, with what references, under what author’s name; it defines basic principles but the Authority is not empowered by law to investigate compliance with these principles. The Media Act requires merely the availability of a full imprint enabling the identification of the media content provider.

The co-regulators formulated their codes of ethics, and any breaches of these codes should be referred to the professional organization that issued the code. On the Media Council’s initiative, a Public Service Code is available regarding the public media; the Code is managed by the Board of Trustees of the Public Service Public Foundation: http://nmhh.hu/cikk/169245/Valtozik_a_Kozszolgalati_Kodex_tartalma

The investigation of political players’ representation in the media is distinct from the requirements for balance and the rules on political advertising. In the first case, the Media Act does not grant any powers to the Media Council, in the second, it may act only upon request, while in the third the Authority may also act ex officio.

Monitoring: Analyzing television and radio programmes, the NMHH has for years published  monthly, open-access reports on its website: http://nmhh.hu/szakmai-erdekeltek/mediafelugyelet/politikai-szereplok-mediahasznalata. Summaries of current-year market information compiled from the above are then made available in the Media Council’s reports to Parliament: http://nmhh.hu/kozerdeku-adatok/tevekenyseg-mukodes/orszaggyulesi-beszamolok.

Balance: The Media Council does not have the powers to act ex officio in the matter of how balanced the parties’ presence is as the Media Act regulates this solely in regard to the news reporting of television and radio media service providers (the ratios of parties’ presence is regulated in the Electoral Code).

The Media Council has the powers to act in matters of balance only if it receives a request on the matter after the complainant has unsuccessfully requested the inclusion of their point of view from their media service provider. The detailed rules are described in Section 181 of the Media Act. Requests regarding media balance may be submitted at: http://nmhh.hu/tart/report/62/Kiegyensulyozott_tajekoztatasi_kotelezettseg_megsertesenek_vizsgalatara_iranyulo_kerelem

Political advertising: The supervisory powers of the NMHH and its competence to proceed are limited to infringements embodied in media content published as political advertisements, i.e. any breach of the requirements set out by the Media Act in connection with political advertising. As in prior years, the NMHH has published on its website, in advance of the elections, additional information regarding the procedures concerning the election campaign: http://nmhh.hu/cikk/194487/Az_NMHH_hataskore_az_orszaggyulesi_valasztasok_kampanyidoszakaban_kozzetett_mediatartalmakkal_kapcsolatban