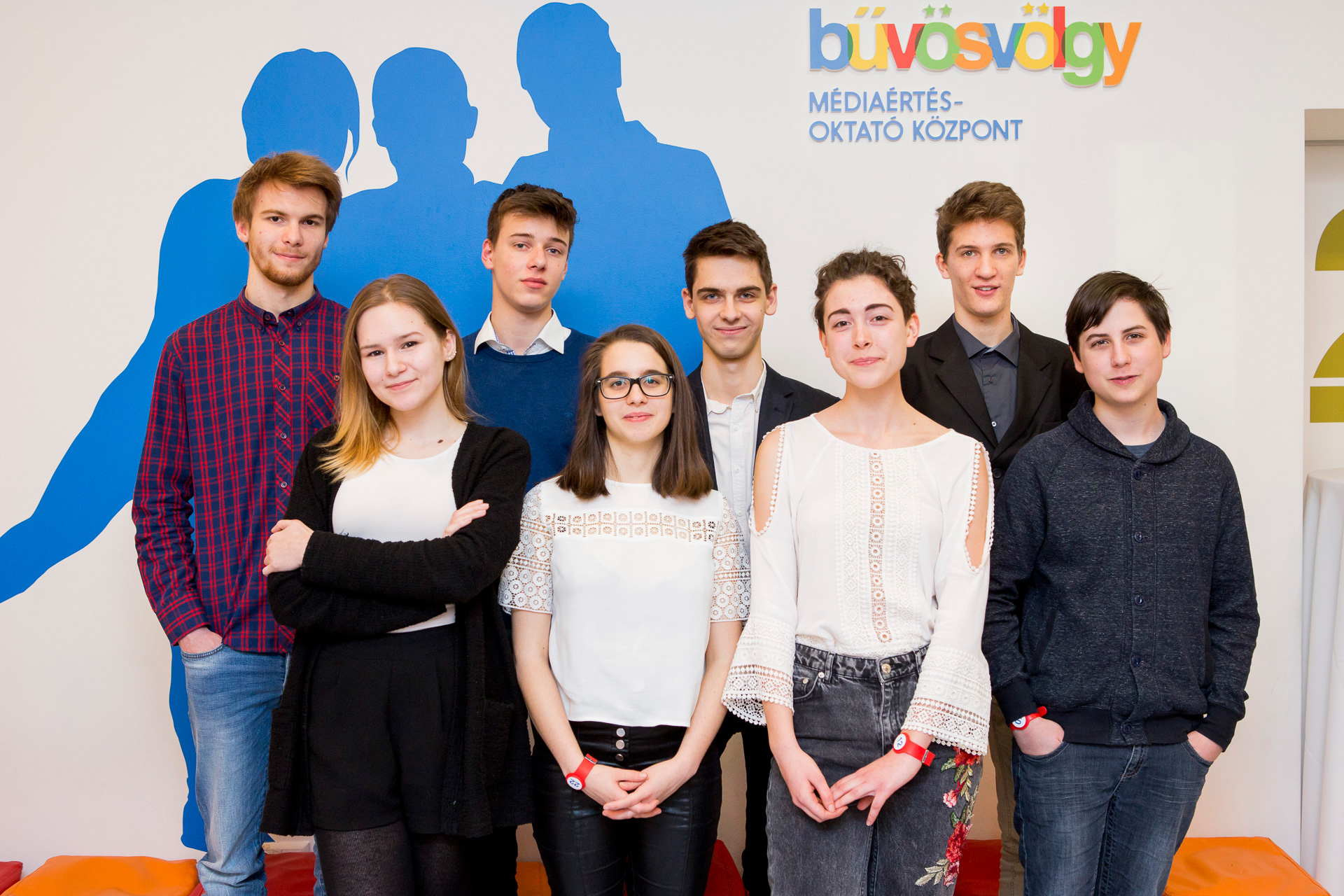 The motion picture culture and media literacy subject has been added to the range of OKTV subjects in the academic year of 2003/2004 and since then, every year the Educational Authority (OH) has hosted academic competitions in the topic along with 27 other academic subjects. Based on the agreement between the Educational Authority and NMHH, this year, the finals of the competition were hosted at the unique site of the Magic Valley center. The cooperation between the two institutions is based on their similar approach to media literacy education: according to Magic Valley’s mission statement, through the shared, unstructured and light-hearted production of media content, it seeks to reinforce the media literacy of children; during the various rounds of the OKTV motion picture culture and media literacy competition, the students with the greatest competence in the field can give an account of their knowledge, as well as their creativity and cooperative skills.

As the Educational Authority’s purpose with the competition is for students to display their talents in the complex skills of media literacy, the various rounds of the OKTV motion picture culture and media literacy competition will put the contestants’ knowledge and skills to the test from multiple aspects. This year, students had to provide an analysis of a film excerpt and a media feature before defending their reasoning – competitively – in the form of a debate at the oral finals. The practical assignment consisted of producing a media text, which showcased their creative writing, editing and story-telling skills. This latter task took place at Magic Valley: students used the devices offered by the center to produce current subjects with text and visuals for the front page and two inner pages of an imaginary newspaper.

The success achieved at the competition can provide valuable extra points for the top ten students in the higher education recruitment process. The final results and the names of the winners will be listed by the OH at a later date.

As organized by public educational institutions, school groups come from all parts of the country to attend the free media literacy programs of the NMHH centers, which provided the venue and the technical devices for the practical assignment. For Magic Valley, the most inquisitive and talented media students of the academic year of 2017/2018 and their dedicated teachers can be great assets in forwarding the good news of the playful and practical opportunities of media literacy education offered by the center. 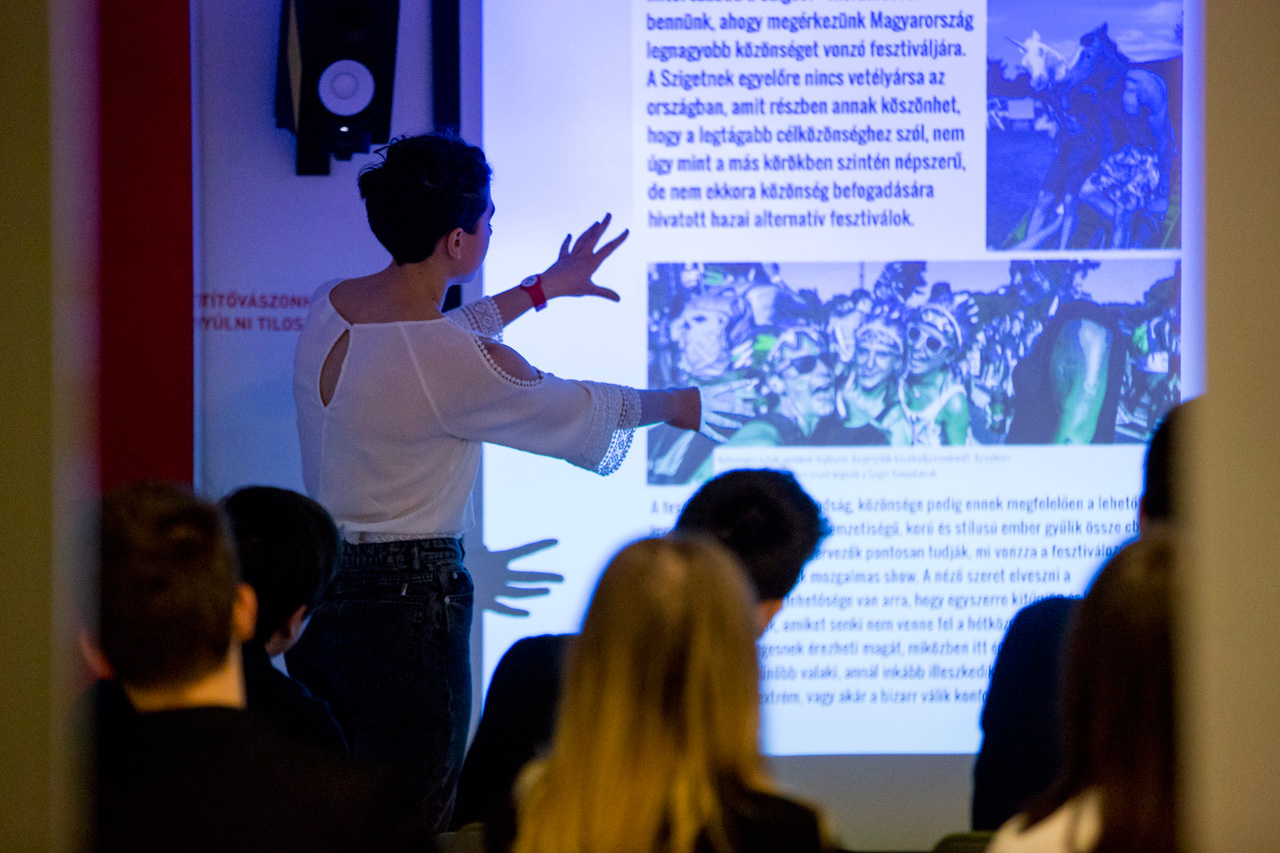 The participants of the oral finals in the academic year of 2017/2018 included the following students:

Every academic year, the Educational Authority announces its talent search media competition which represents the same high level of quality as the motion picture culture and media literacy school-leaving exam, yet gives more room for the individual interests and imagination of the students. The purpose of the OKTV is to teach a critical approach to media and stimulate immersion in the subject, individual research and the formulation of opinions as well as conscious creation and self-reflection in the fields of film and other media, thus indirectly facilitating career guidance. The jury includes a media instructor, film director and media sociologist whilst the professional partner of the OH in realizing the competition is the Visual World Foundation.

About Magic Valley, the complex media literacy education center of the NMHH

The Authority operates two Magic Valley Media Literacy and Education Centers, in Budapest and Debrecen, where a state-of-the-art equipment pool and skilled media literacy trainers can help children learn how they are affected by the media. School classes of children from 9 to 16 years of age can take part in the day-long activities of the centers free of charge. Since opening its doors to the public in 2014, the Magic Valley Center of Budapest has hosted 25 thousand students, whilst over five thousand children took part in the interactive programs of the center in Debrecen over the past one year.