Pursuant to Act CLXXXV of 2010 on Media Services and Mass Media (hereinafter: Media Act), the Commissioner acts upon complaints received by its Office regarding harm to interests or a direct threat of such harm.

I. COMPLAINTS ABOUT ELECTRONIC COMMUNICATIONS SERVICES

If the complaint received is thorough and falls within her competence, the Commissioner contacts the relevant electronic telecommunications provider. If she believes that the action taken by the service provider or its proposal for the resolution of the complaint is not sufficiently equitable or if the service provider refuses, without sufficient reason, to grant the request, the Commissioner may demand special equity in the case. If necessary, she may conduct a conciliation process involving the complainant or, if the matter concerns a large number of consumers, the representative of the consumer interest protection body.

Results and findings from complaint procedures in H1 2017

In the first half of 2017 the Commissioner’s Office received a total of 280 complaints about communications. The Office conducts its proceedings with communications service providers electronically (via the Ügyfélkapu site), in compliance with the Act on Electronic Administration.

The number of complaints has fallen by 15% year-on-year, which may also suggest greater awareness among consumers as they conduct their transactions.

In 137 instances, the service providers granted the complainants’ requests in part or in full. They paid compensation for a total of approximately HUF 6,000,000, doing so either by crediting an amount or waiving the liquidated damages payable to the provider; in a number of cases, they granted significant discounts or more attractive conditions for the future (instalment payment discounts, improved service quality, switch to lower-tariff plan).

In 25 cases, no proceedings were brought because the case was outside the Commissioner’s competence, proved unfounded, was revoked by the complainant or missing information was not supplied in time.

The complaints concerned mostly the inappropriate application of the terms and conditions of the subscriber agreement, the relocation of service provision and the quality of services. The operation of service providers’ customer service functions was once more the subject of a large number of complaints, which objected to a failure to act or to provide adequate information.

The Office continue to receive a high number of equity requests, mostly regarding the termination of loyalty-period contracts and tariff plan switches.

There were numerous complaints about the invoicing practices of a service provider with significant market share and about several providers regarding their number portability and service relocation practices.

Many complained that they were given premium-rate services they had not requested or that they were not given the content ordered even though they had requested and been invoiced for it. Several complaints objected to the amount of fees for content services or the failure to provide preliminary information and highlight certain matters.

There were numerous complaints regarding the data reconciliation of mobile phone numbers with prepaid SIM cards, which had a due date of 30 June 2017; most of these complaints concerned deficiencies at providers’ customer service functions.

On NMHH-MHB’s revamped website, the Commissioner’s Office published information about number portability on 24 March and about the relocation of services on 17 April. 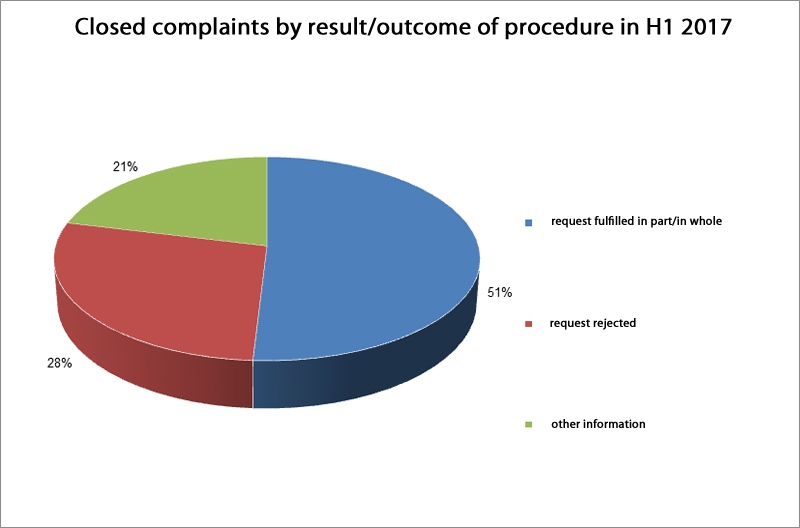 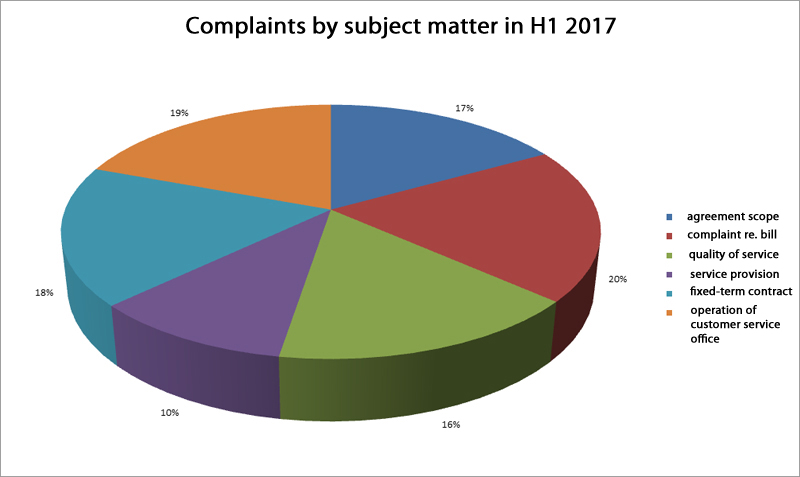 Proceedings may be brought and conciliation with professional, advocacy or self-regulatory bodies of media content providers may take place if the complaint concerns activities by media content providers resulting in harm to the interests of a considerable proportion of viewers, listeners or readers or if it is reported against a single provider on several occasions or against several providers.

No proceedings were brought regarding these media complaints as the relevant preconditions were missing.