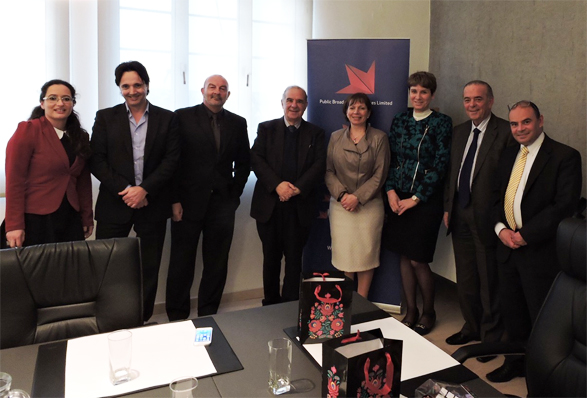 Sharing best practices in an international setting is an excellent example for the importance and usefulness of partnership-based cooperation between the authorities, said NMHH President Monika Karas during her visit to Malta on 5 February. Ms. Karas held talks with Chairman Anthony J. Tabone and Chief Executive Pierre Cassar of the Broadcasting Authority of Malta and also attended a meeting with members of the Maltese Broadcasting Council as well as President Tonio Portuguese and CEO Anton Attard of the Maltese public broadcasting service. The parties discussed their views on the scheduled amendment to the EU directive on audiovisual media services and assessed their experience regarding the Iris program recording system deployed in Malta under the supervision of Hungarian professionals in the second half of last year. 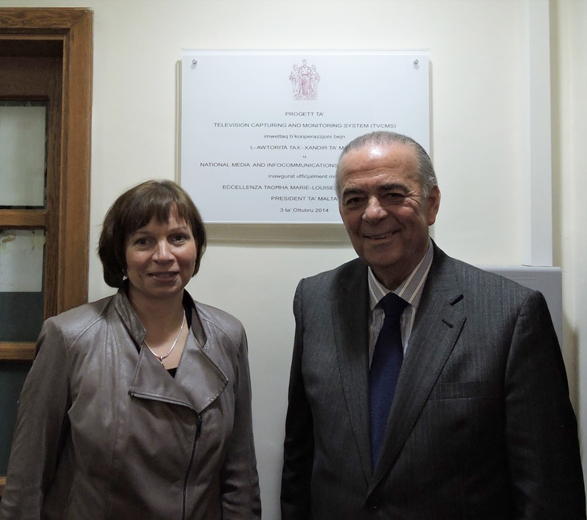 Developed by NMHH, the Iris media watchdog information technology system can process an exceptionally large database using a complex method and a unique system of metadata tagging. Currently, the database available for analysis is comprised of 8 million hours of programming time, 115 Terabytes of data and program streams of 141 radio and television stations all the way back to 1990. The multi-module system consists of a coordinating server, an encoding unit responsible for the recording of programs, a large capacity mass storage device and an archiving unit. Data sources are provided by a “head station” capable of processing various incoming signals (satellite, digital terrestrial broadcasting, IP), and the recorded programs and advertisements are searchable by date and time or program name on a user-friendly web interface. Without the recording system, NMHH would have to rely on data supplied by media service providers, which, however, would significantly extend turnaround times in individual cases.

Having witnessed the cooperation between Hungary and Cyprus, the Maltese authority contacted NMHH in 2013 and requested an adaptation of the Iris system. Custom-fitted to local needs, the Maltese version of Iris is composed of a single module and records the programs of 11 television stations on a 24/7 basis. The newly deployed Maltese system replaces an outdated videotape-based recording solution. Hungarian professionals supervised the installation process via Internet access and according to the method employed earlier in Cyprus. When necessary, they also used Skype to provide guidance on how to complete the installation. As the last step, the Hungarian team of experts held a three-day on-site training to their Maltese counterparts using the Iris system. 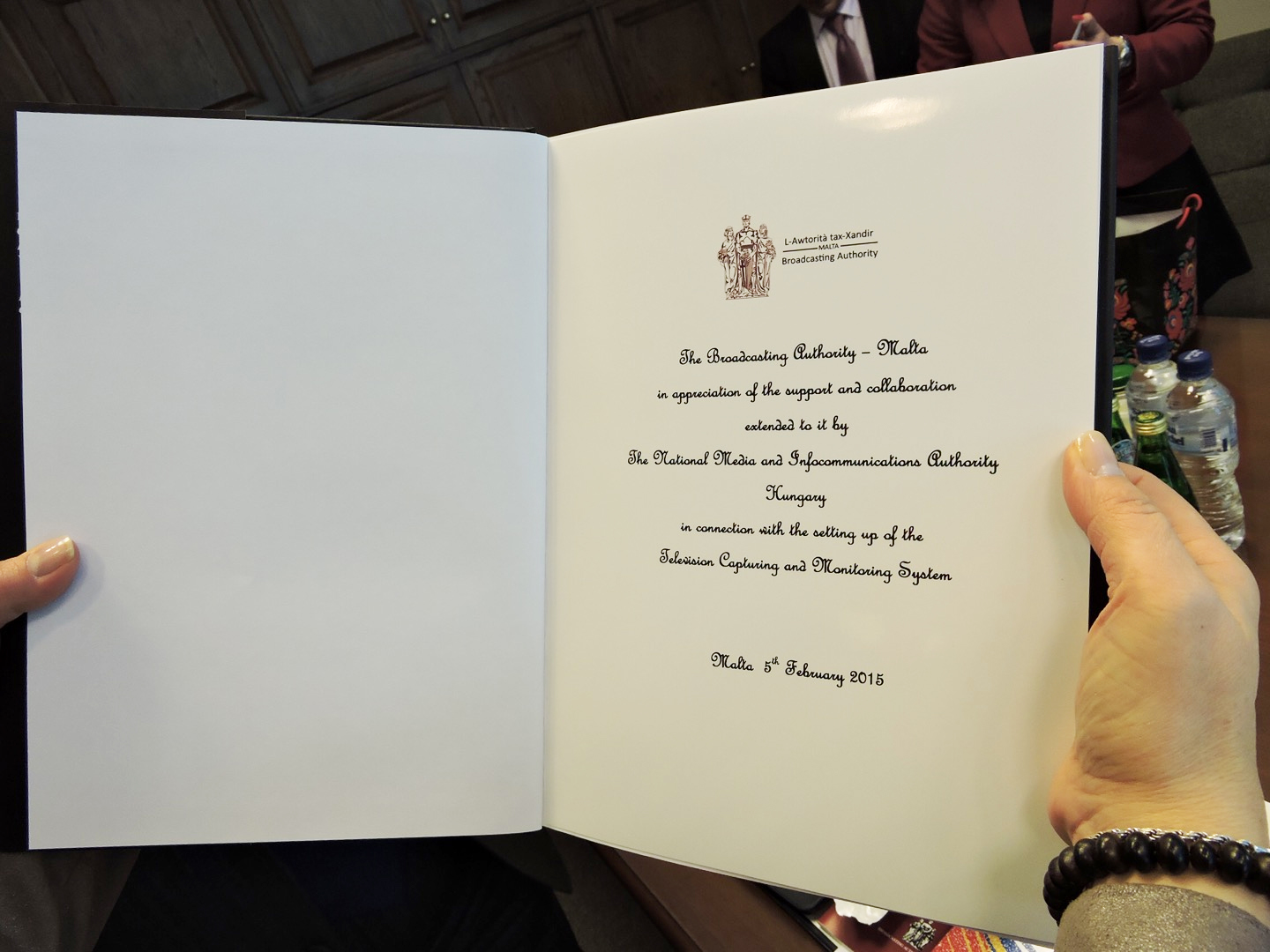