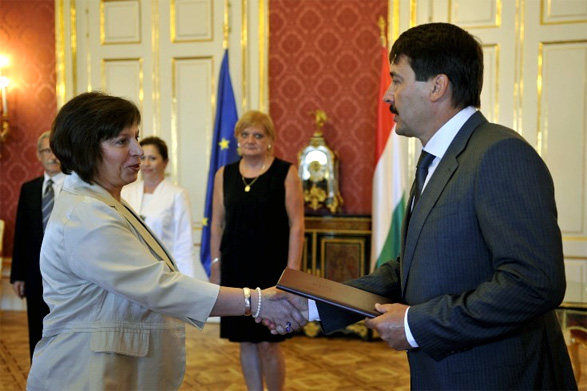 He made the appointment based on the recommendation of Prime Minister Viktor Orban earlier in the week.

Karas takes the post as of Aug. 19. She replaces Annamaria Szalai, who died in April. Her appointment is for nine years.

Karas earned a law degree at Budapest’s ELTE University in 1985 and took her lawyer’s oath in 1994. She worked at the National Magazine Publishers as a legal advisor from 1985 until 1992 before moving on to the Newspaper Publishing Company, where she was department head and later deputy chief executive.

The head of the NMHH automatically becomes a candidate for the president of the Media Council, a five-member body which supervises the NMHH, but an appointment requires endorsement by two-thirds of parliamentary deputies.