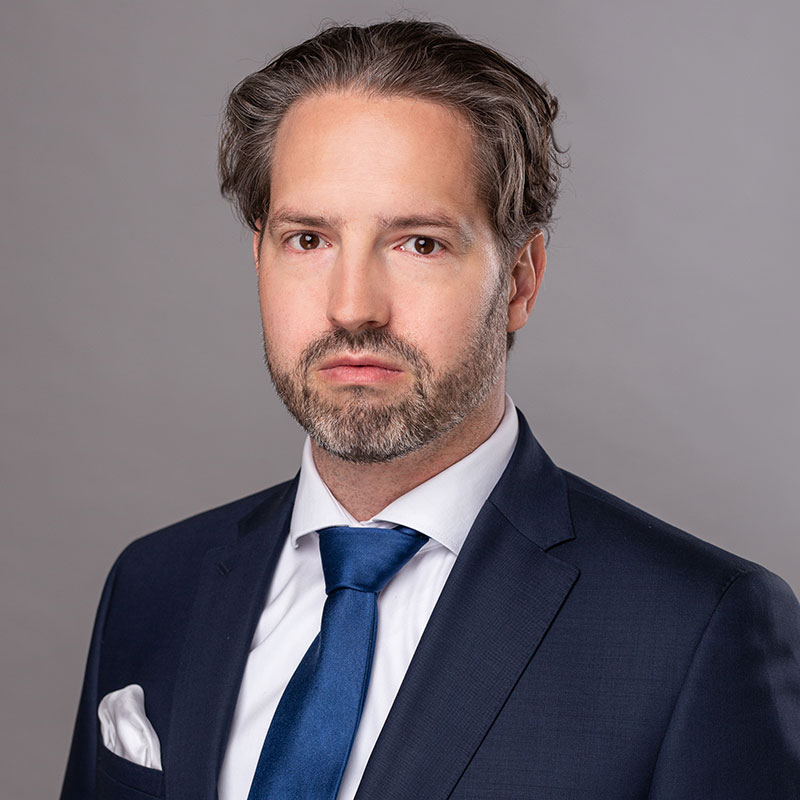 Balázs Bartóki-Gönczy graduated as a law student from Pázmány Péter Catholic University (PPKE) in 2010, then received degrees in French Law at the universities of Panthéon-Assas Paris II and Paris Saclay, where he specialised in telecommunications and space law.

He obtained an MBA Degree at Lyon III university, earned his PhD at the Doctoral School of Law and Political Sciences of the Pázmány Péter Catholic University, his thesis topic was the legal issues of online platforms.

He began his professional career at a telecommunications company in Paris. He became an employee of NMHH from 2011 to 2016, then went on to serve as the legal director of a Hungarian middle-sized company with representation in France until 2019.

He teaches at the University of Public Service (NKE) since 2018 as an assistant professor and is head of the Outer Space and Social Sciences Research Group.

His research area concerns electronic communications law, new media law and space law which he teaches in Hungarian, English and French at NKE, PPKE and Károli Gáspár University of the Reformed Church.

As for social activities, he is the Vice President of the Budapest Fencing Association and a Member of the International Committee of the Hungarian Fencing Federation.

He was elected as a member of the Media Council by the Hungarian National Assembly on 14 December 2021.