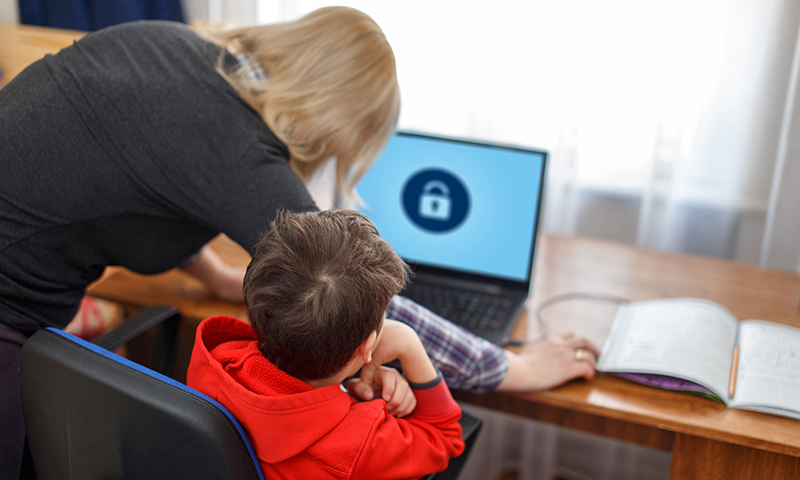 NMHH Media Council: Still too few use parental lock for television and internet

324 additional cinematographic works will be uploaded to the Mecenatúra Mozi website, the production of which was supported by the Media Council. Films in a range of various topics and genres will be available, including the episodes of the Csupipupi animated films, the Élő Templomok (Living Churches) documentary films or the short film Megszállottság (Obsession), which deals with the issue of retirement – along with hundreds of other films. The platform features a total of 562 cinematographic works, mostly in their full length, yet in the case of some films – due to legal considerations – only one-minute excerpts are available. The Media Council wishes to make a selection of works available from the range of programmes it provided grants to as well as those supported by its legal predecessor, which will be freely available through the Tender Mirror website. Amongst other things, the purpose of the board is to facilitate effective learning and meaningful leisure activities for the students of educational, charity or cultural institutions as well as for the elderly and those in state custody. Previously, the selected films were aired by televisions as public service broadcasts with multiple reruns, while their free availability is provided by the National Audiovisual Archives (NAVA).

The Media Council carried out the formal examination of the bids submitted for the community use of the Tihany 97.6 MHz frequency with a local coverage area as well as the substantive review of the single bid submitted for the community use of the Kaposvár 93.1 MHz local frequency: for the former, it requested FM 4 Rádió Kft. and Katolikus Rádió Zrt. to remedy deficiencies and for the latter, it requested additional information from the sole bidder, Mária Rádió Frekvencia Kft.

The Media Council has finalised and published on its website on Friday the invitation to tender for the community use of the Budapest 98.0 MHz frequency with a regional coverage area. Bids may be submitted on 14 January. At the service provider’s request, the Media Council has consented to Karc FM Média Kft. commencing its community services on the Nagykanizsa 100.7 MHz frequency no later than on 27 January 2021.

Based on a report, the Media Council examined the 24 September broadcast of the programme Megbeszéljük on Klubrádió. According to the complainant, one of the caller’s remarks incited hatred and were discriminatory against the Székely people and director Attila Vidnyánszky. The board was unable to examine the opinions on Attila Vidnyánszky as the subjects of media governance violations can only be social groups and communities, not individuals. The presenter attempted to provide counterpoints to the opinions on the Székely people. The opinions voiced in the programme did not exceed the boundaries determined in constitutional and authority practices, therefore the authority established that the service provider violated no laws. However, in its ruling, the Media Council also stated that it does not consider it to be acceptable to apply the notion of being Hungarian in a discriminatory way to the Székely people.

Based on another report, the board also examined an advertisement of Magyar Telekom featured in a number of its services. The advert shows a father trying to help his daughter over the phone as she’s dealing with her overheated car, at one point instructing her to remove the cap of the compensating tank. According to the complainant, this can cause serious burns. The Media Council established that the segment didn’t encourage behaviour prejudicial to health, safety or the environment as this wasn’t the central message of the advertisement and did not target minors. Additionally, the scene wasn’t related to the subject of the advertisement and only illustrated its use, therefore the Media Council did not initiate any proceedings.

The Media Council has accepted next year’s administrative supervisory plan

The board has accepted the Media Council’s supervisory plan for 2021. Within the framework of general official supervision, the authority’s goals for next year remain mostly unchanged: in addition to the continuous monitoring of media service providers and social media platforms, next year will again see attention devoted – amongst other things – to the appearance and volume of advertisements, enforcement of the statutory limit of thirty-five per cent for tabloid crime news on major news services, and qualitative analyses of news and infotainment programmes. A separate field of the investigation is the compliance of media service providers with child protection requirements during the early-morning period of television programming on weekends and the extent to which the age-rating category ‘not recommended under six years of age’ is used by service providers. The Media Council is set to continue monitoring the service providers’ age rating practices for programmes and will inspect television services assisting the visually and hearing impaired. In the case of services provided to the Hungarian market yet subject to foreign jurisdiction, it will focus on advertisement quotas while monitoring the fulfilment of European Union production quotas. The board will continue to monitor the observance of requirements related to the requirements for the effective technical solutions applied for the sake of the protection of minors. The supervisory plan for 2021 will be published on the authority’s website.