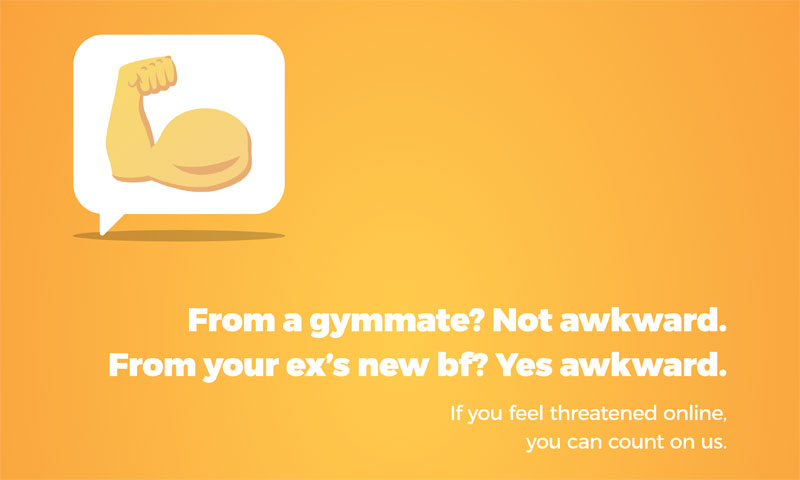 Since late July, the National Media and Infocommunications Authority (NMHH) has been promoting the Internet Hotline, its legal advisory service available since 2011, in a new campaign. The central message of the campaign is that although children might seem at ease with the world of digital devices and new media content, they often face uncertainty when judging the community, ethical or legal repercussions of their online actions. The creatives show that even the emojis frequently used by children can lead to offensive or even infringing statements depending on the context or situation. The campaign collectively refers to these as awkward situations. Bullying is not inherent to the digital medium or the new forms of communication, but rather to vehement, offensive or even careless online remarks.

Not an administrative procedure, yet effective

The Internet Hotline (IH) available since 2011 is the NMHH’s legal advisory service, which provides those filing a report with a way to solve online infringements. The administrative process does not constitute a regulatory procedure, as the authority requests the content or web hosting service provider to remove the infringing content by letter. Since 2011, the hotline has received over four thousand reports, and the experience has shown that Hungarian content and web hosting service providers are exceptionally cooperative and, in most cases, they make the objectionable content unavailable. The website of the advisory service was renewed in autumn 2017, and reports can be easily filed on its new responsive interface using mobile devices as well. The Internet Hotline collects no information on those filing a report, and anyone can request assistance anonymously.

Child-parent research: children are faced with online harassment and incitement

Six months ago, the NMHH conducted a research based on a questionnaire and personal interviews with 2,000 children (from 7 to 16 years of age) and their parents about their media use patterns and the rules applied by families to curb the children’s media presence.

A part of the research focused on their experience related to offensive online content. According to the results, the group most widely exposed to cyberbullying consists of girls of 15 to 16 years of age, with 27% of them reporting that, over the past one year, they had an experience that may qualify as cyberbullying.

Hungarian children are also exposed to online hate speech. Over the past one year, 23% of those involved in the research encountered content or forms of expression that discriminated against certain social groups based on their origin, sexual orientation, religion or disability. In older age groups, exposure to such content was increasingly higher.

The survey also included questions about the type of information Hungarian children shared about themselves online. According to the responses, 35% of the oldest children involved in the research (15 to 16 years of age) share at least four pieces of information about themselves through social media. They typically provide their name, age, name of school and usually their e-mail address, as well as sharing an image of themselves. Throughout their online presence, their need for availability and self-expression often overrides safety considerations.

The creatives of the Internet Hotline’s new campaign highlight all three fields of problems: cyberbullying, inflammatory content as well as personal data-related abuses.

The first phase of the campaign is run on online platforms used by the target group and in glossy magazines to inform parents, which will later be combined with appearances in public spaces. The campaign concept and the creatives were developed by Mito.

The website of the campaign and the Internet Hotline: