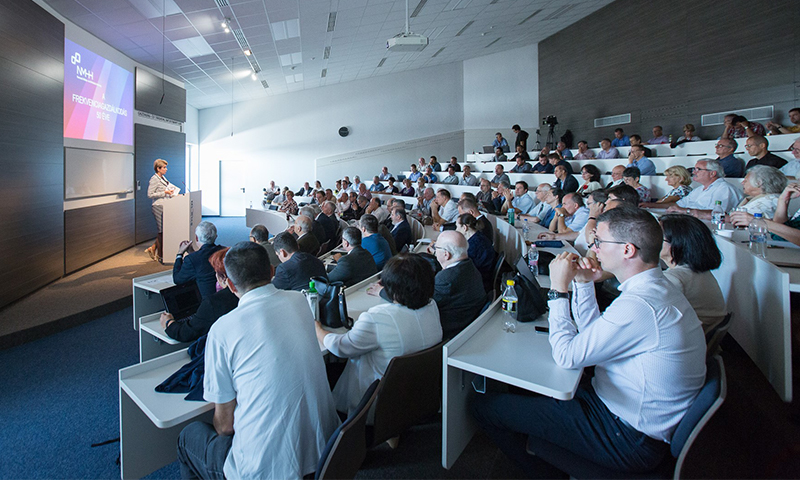 Institutionalized frequency management in Hungary began on 1 October 1969, almost fifty years to the day, and 1 December this year will mark the 25th anniversary of the establishment of the framework of governmental frequency management. To commemorate this illustrious anniversary, a conference titled A frekvenciagazdálkodás 50 éve (50 Years of Frequency Management) was organised jointly by the NMHH, HTE and BME on 4 September. Room No. 402 of BME’s Q building was packed several times during the day, literally with no single seat available.

“Without frequency management, there is no economic development: the spectrum is an indispensable condition for communication, and it is ensured by the frequency managers,” stated in her opening speech Dr. Janka Aranyos Börcs. According to the Director-General of the NMHH, the current situation of frequency managers offers a great opportunity but is also a huge responsibility: to recognise and adapt to the new circumstances of progress, to conclude the agreements, and to represent Hungarian interests. 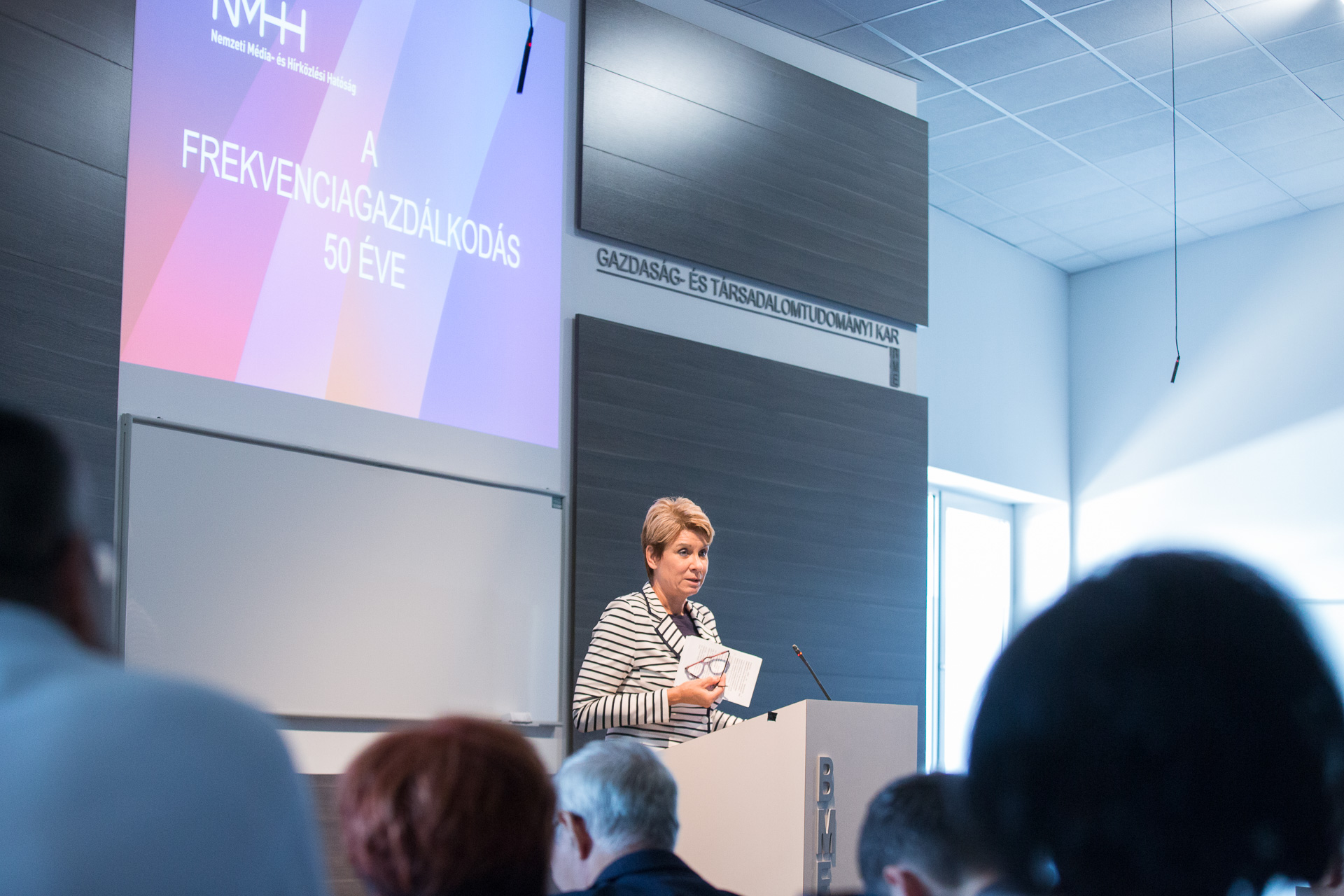 Among the outstanding results of the field, she mentioned the creation of the spectrum allocation table and the detailed rules of use, and she added that the NMHH, founded in 2010, was the organisation that complemented those rules with ones on non-civilian frequencies, and the NMHH created a support infrastructure for it under the name STIR (Spectrum Management Information System), which has since deservedly gained international reputation. The Director-General named the regulation of frequency fees as a powerful tool for spectrum use as well as a major source for the world-class Hungarian measurement services, which has played a major role in ensuring that the Authority is considered innovative even in international comparison.

In closing her speech, Dr. Janka Aranyos Börcs noted that the success story also has personal dimensions with long-term friendships created while working: frequency management is not actually a job but a call that requires innovative skills.

All countries have the same amount of frequencies

The next speaker, former Head of Department of the Ministry responsible for infocommunications Dr. Ferenc Horváth, one of the participants in the establishment of the independent system of frequency management, added: although the spectrum is limited it cannot be consumed. And if it is contaminated, which happens regularly, it can be cleaned. In addition, the same quantity is available in all countries. All these properties make it unique among limited resources.

István Hazay, former Director-General of the Frequency Management Institute recalled the introduction of the project system, the circumstances around the creation of the frequency table and the technical aspects of the transformations at the time of the change of the political regime. Then Gábor Nyárády, former Head of NMHH’s Frequency Management Unit remembered his 34 years of the 50-year period, 25 of which he spent in regulation. His presentation provided details about the development of the frequency fee and the auctioning method. 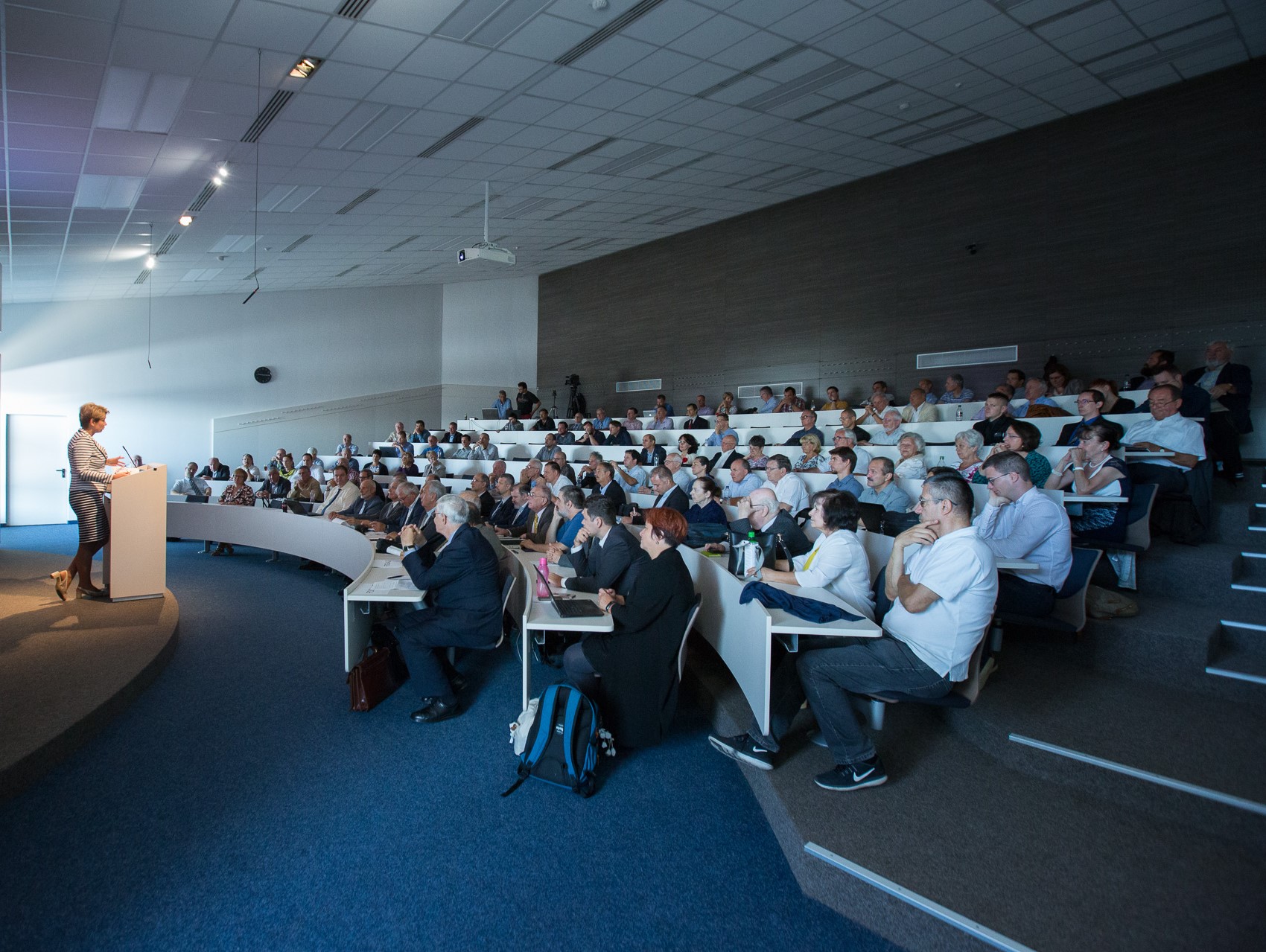 The establishment of non-civilian frequency management, the standardisation of the regulations of the Ministry of Defence and the Ministry of Interior was presented by Géza Balla in the absence of former KFGH Director Dr. József Bajó. Béla Eiselt, former Director of the FGI, spoke of the IT background of domestic frequency management. He said that due to the seven neighbouring countries and the topographical conditions, Hungary started with a handicap at the coordination negotiations. As a consequence of the changes on the international level (the dissolution of the former Soviet Union and the war in the Balkans), five new countries have appeared among the countries participating in the coordination, which generated significant additional tasks. Péter Tomka, who spent 43 years in the measurement service, spoke about the formation of the service in his 15-minute time slot.

Dr. Mária Akli Kiss, Head of NMHH’s Frequency Planning and Coordination Unit, spoke about the coordination of the band allocations and releases in connection with the digital switchover. Irén Bálint, Head of NMHH’s Frequency Management Unit provided details on the development of the NMHH decree on the use of frequency bands, the structure of the NMHH and its amendments.

János Balogh, Head of the NMHH’s Defence and Law Enforcement Frequency Management Department, continued the history of the non-civilian frequency management begun earlier by Géza Balla, and explained its regulatory integration. Then Ernő Gáspár, Head of NMHH’s Department of Measurement Affairs, spoke about the types of measurements, their uses, strategic role and objectives. The last speaker, dr. Emília Ulelay, Deputy Head of NMHH’s Department of Frequency and Identifier Management, also covered the technical, economic and globalization-related reasons for frequency management. As she said, as part of the implementation of the European Electronic Communications Code (one of the many tasks), the field is likely to be renamed: although there is no definitive decision yet, it is likely that frequency management will be replaced by the term radio spectrum management. 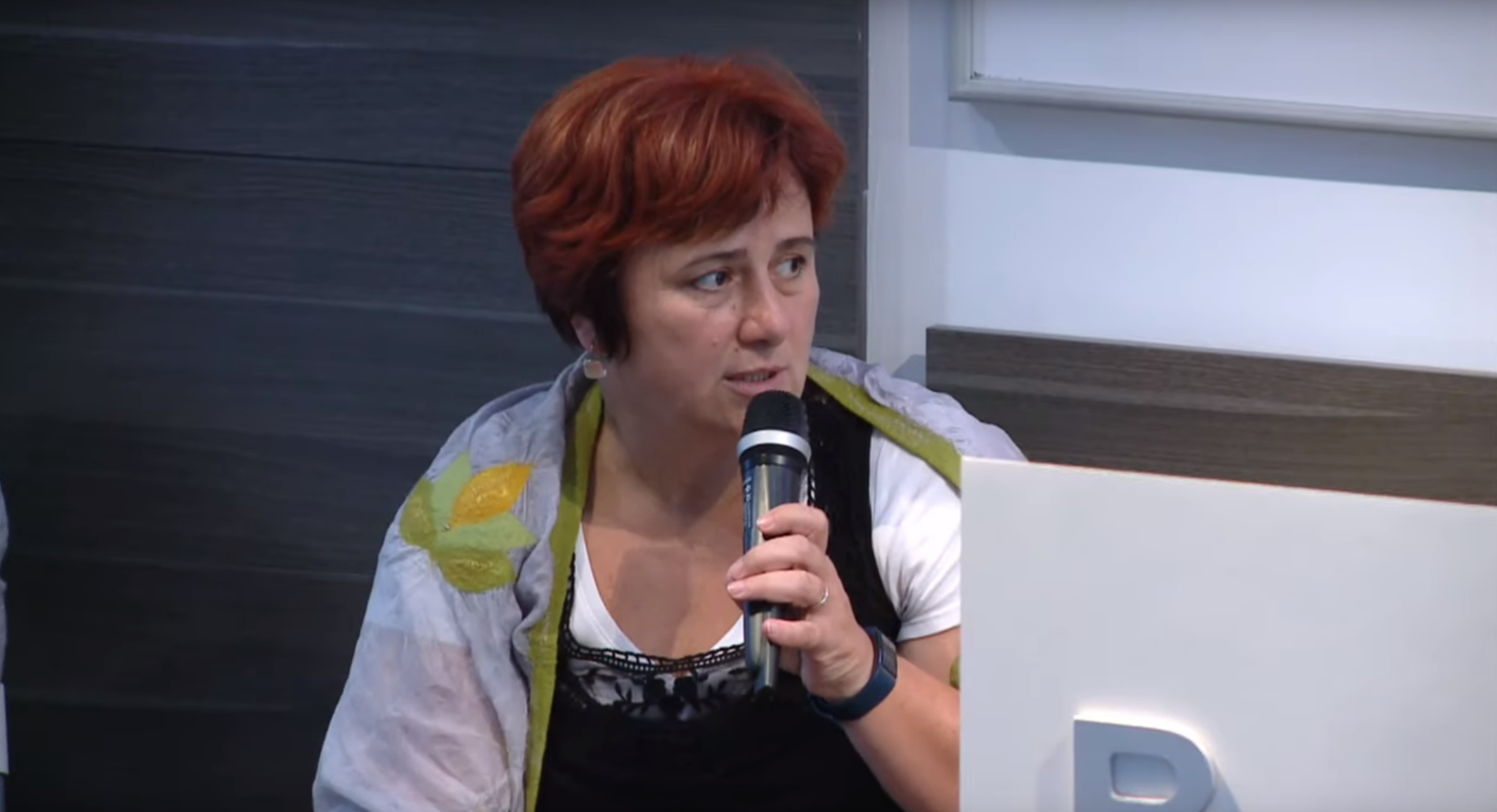 During the break of the conference, the 30-minute documentary film entitled Frekvenciagazdálkodás: az első ötven év (Frequency management: the first 50 years) was shown, featuring almost all of the presenters of the event as well as several key professionals of the past decades of frequency management.

In the last section of the programme, there was a panel discussion by Mária Akli, Irén Bálint, András Czuczy, Ernő Gáspár and Emília Ulelay. The discussion centred around challenges, big questions of the future, the process of frequency band sales, the opportunities in preparing for 5G technology and the future of (and doubts about) terrestrial broadcasting. 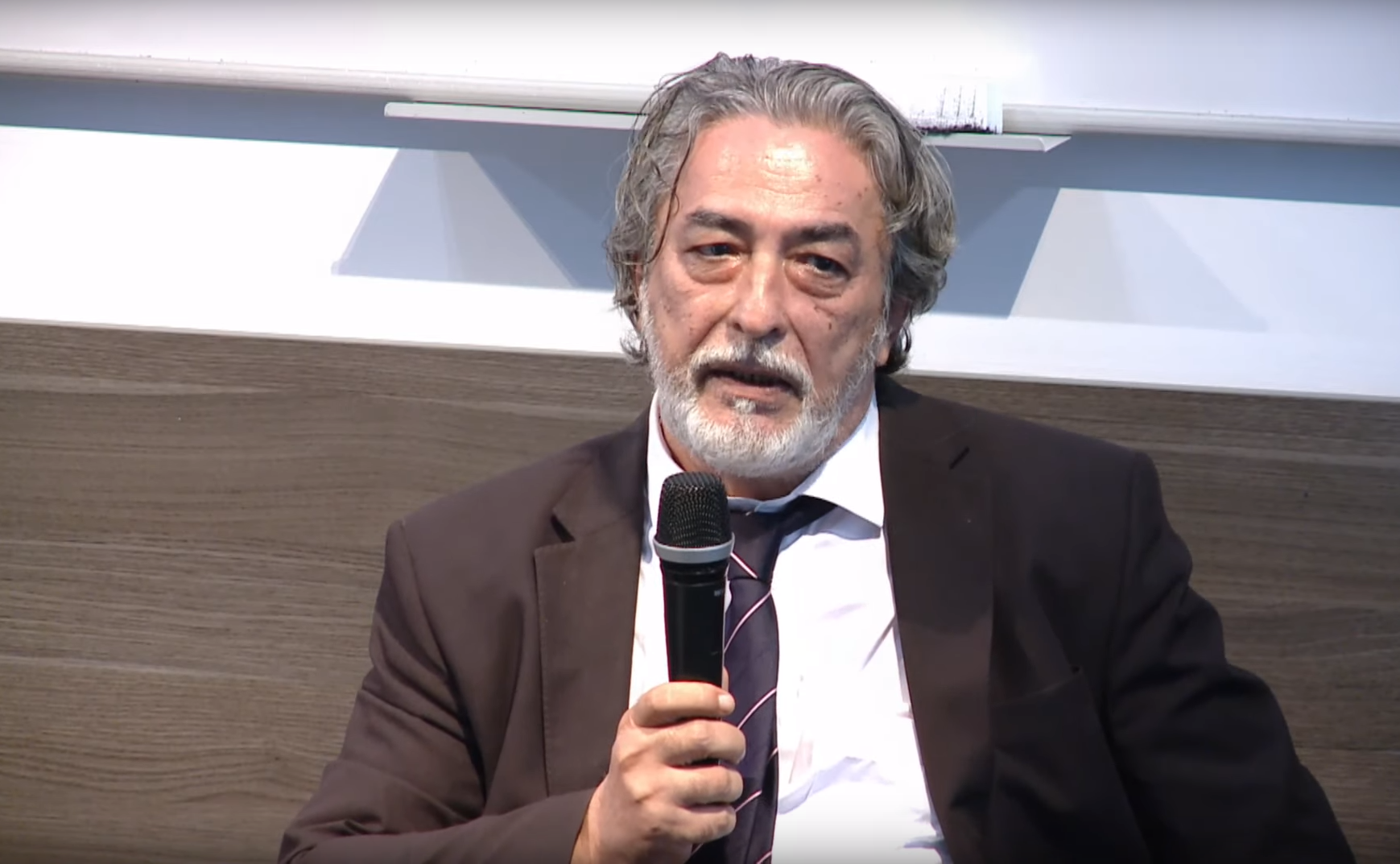 In his closing speech, Dr. Péter Vári, Deputy Director-General of the NMHH, emphasised that he was positively surprised by the packed room because he thought that frequency management, which is almost invisible from the user’s side, would generate little interest. However, professionals should be able to see the users whose needs mostly reach frequency managers through operators. This is a key momentum because, in order for a new technology to spread, it is not enough to appear with a new device on the market. Instead, a combination of three things is required: technology, user needs and the operating frequency where the two can meet. In reference to a repeated question at the roundtable discussion about the future of broadcasting, Dr. Vári stated that as long as there are users, there will always be broadcasting. 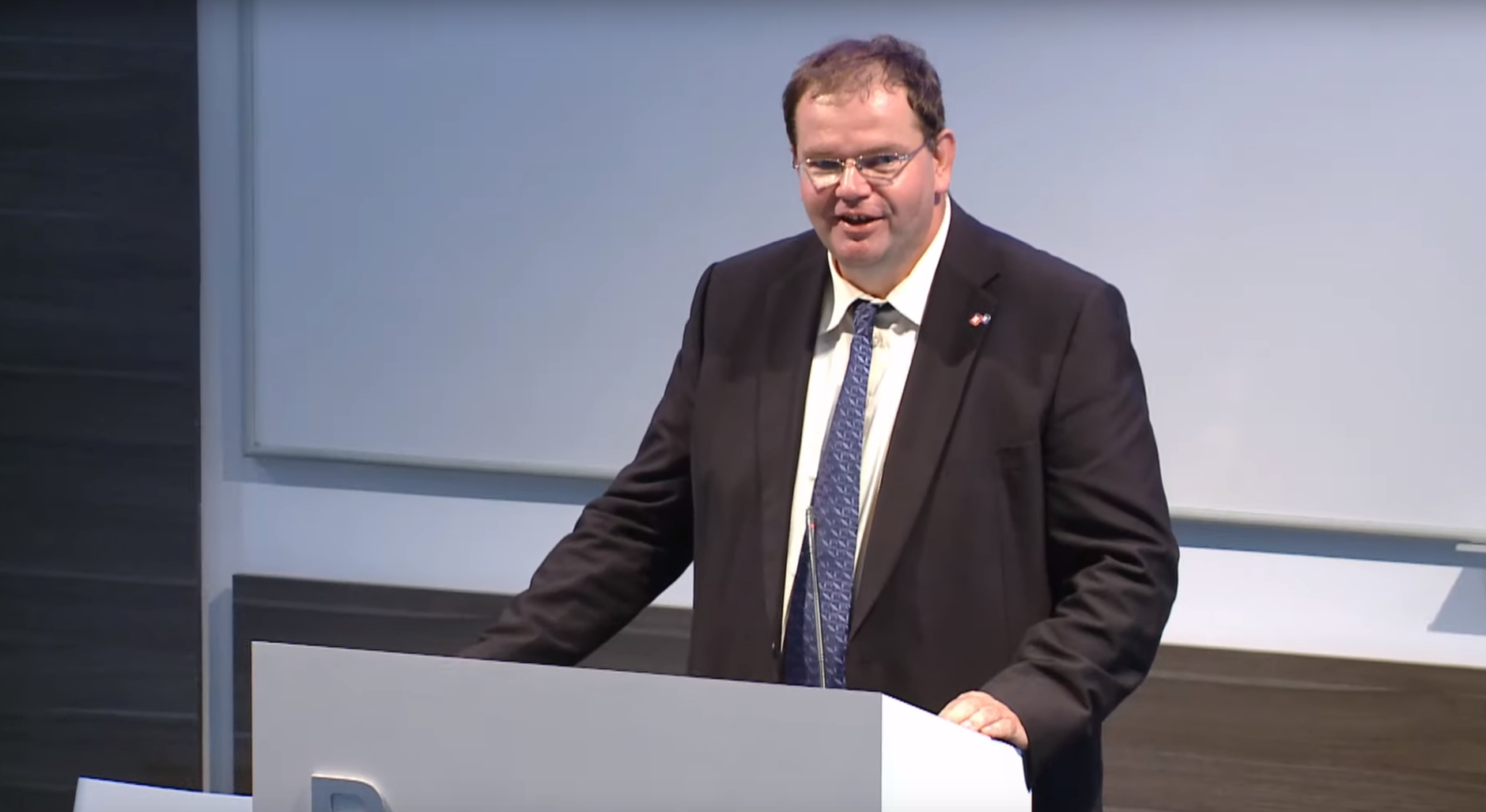