The State of the Open Internet in Hungary 2019 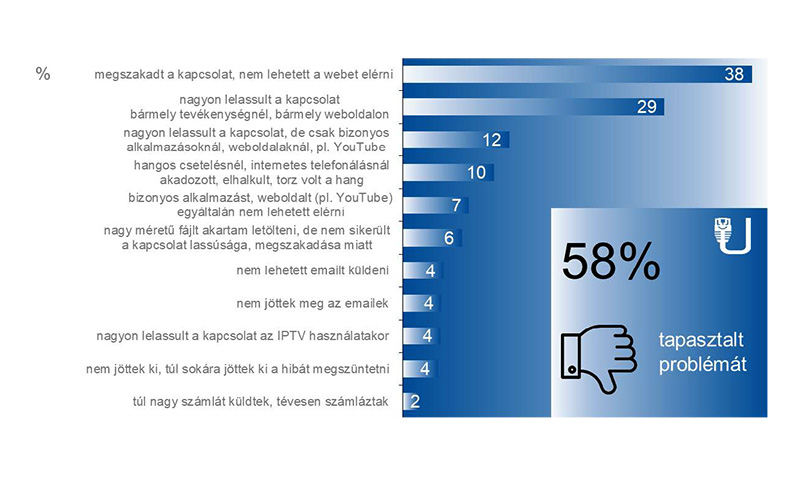 Providing real-time comparison of broadband services through measurements independent of operators, Szélessáv.net was launched by the Authority on 19 August 2015. The collected data presents a good picture of broadband availability throughout Hungary. Over four years, 9.2 million measurements have been performed through users’ measurement devices requested free of charge, 750 thousand software-based measurements have been performed by registered or anonymous consumers through the website and around 4 million by the sensor-equipped cars of the NMHH. At the same time, the system improves continuously: since last year, the software-based metering system has measured jitter and packet loss in addition to download and upload speeds and latency, while the new home measuring boxes deployed this year are now capable of checking speeds in the Gigabit range.

Do operators actually deliver on their promises?

Although, when comparing the number of operators, technologies and plans with the number and distribution of measurement points, measurement results can not be considered representative, yet still allow cautious general conclusions to be drawn. Based on this, there was a marked improvement in all download speed ranges in 2017 compared to 2018. In the 0 to 100 Mbps ranges, 70% of the offered download speed could be achieved at the majority of metering points, and the compliance ratio was high even at an 80% rate. Above 100 Mbps, operators start to struggle to deliver the offered download speeds, but the number and ratio of this type of connection are significantly lower both in the sample and on a national scale and, when assessing such a high value, it may not necessarily be sensed by users that the speed is somewhat lower. Detailed findings for the period between 1 May 2018 and 30 April 2019 are available in the Authority’s net neutrality report.

In keeping with this, the NMHH’s multi-year series of research revealed that the level of satisfaction with home fixed internet speeds in households is consistently high, 80-85%, with the latest analysis for autumn 2018 showing 85%. Those experiencing issues with their internet connection mostly complain about fixed internet telephony (58%), video calling (56%) and film streaming (52%). There were less issues raised concerning music and video streaming on a fixed internet connection at home, but still relatively many (38%) reported choppy, distorted, low-quality audio. However, less than 10% of users mentioned frequent and recurring issues. When considering all quality complaints, half of home fixed internet users experienced such inconvenience in the year before the survey.

The consumer experience with internet speed or any specifically reported dissatisfaction is mostly affected by the age of the internet user and all related characteristics, for instance the user’s economic activity; the internet technology used or the consumers’ place of residence had no impact on this at all. The highest percentage, 67%, of issues were reported by respondents aged under 30. Those most dissatisfied also included high-income (63%) and financially well-situated consumers (58%), students and inactive adults (72%), those with eight or fewer years of schooling (57%), professional (60%) or above-average internet users (59%), members of households using Wi-Fi on four or more devices simultaneously (60%), internet users streaming films on phones (among others) (83%) and customers of Digi (57%).

There could be many factors affecting quality irrespective of the quality of and load on the internet network. They include, for example, cases where, instead of connecting the fixed internet cable directly to the computer used for accessing the internet, Wi-Fi is used, and if we go further from the source of the signal or a high number of devices are connected simultaneously to the same Wi-Fi access point. Indeed, these patterns of use are widespread. For example, only one in eight home fixed internet users said that they do not use Wi-Fi and, where Wi-Fi is used, there are many cases (43%) where three or more devices are connected to the same signal. In summary, an overwhelming percentage, 71%, of home fixed internet users access Wi-Fi at home at least as frequently as they use a computer connected with a cable; indeed, 45% mostly use Wi-Fi. Similarly, the quality of service is also impaired when consumers try to generate a higher volume of data traffic with devices of inferior quality or capacity. The size of the screen may not be the only factor to blame when the quality of a film streamed online on an older smartphone seems to be poorer than when streaming it on a modern smart TV using the same internet connection. Three of ten users streaming films using their fixed internet subscription watch films online on their phones (as well), not only on their computers.

How is Szélessáv.net different from other internet speed metering sites?

As opposed to other similar speed metering sites, Szélessáv.net uses a server set up at a location independent of internet service providers to measure the key characteristics of services. It is a comprehensive system: it also offers more to consumers by enabling them to measure packet loss launched from the browser on an ad-hoc basis or using a metering box on a regular basis and measuring mobile internet access speeds, in addition to monitoring download and upload speeds and latency. Thus, the broadband measurement system of NMHH improves transparency and increases market competition. This is one reason why it is important for as many internet users as possible to have measurement devices countrywide, and that individual measurements are performed regularly on the portal in addition to the data collection by the Authority. The frequently updated results provide consumers with more information about the quality of the services they use as well as those provided by competitors and, based on this, allow them to make more informed decisions when choosing an operator or alternative services. 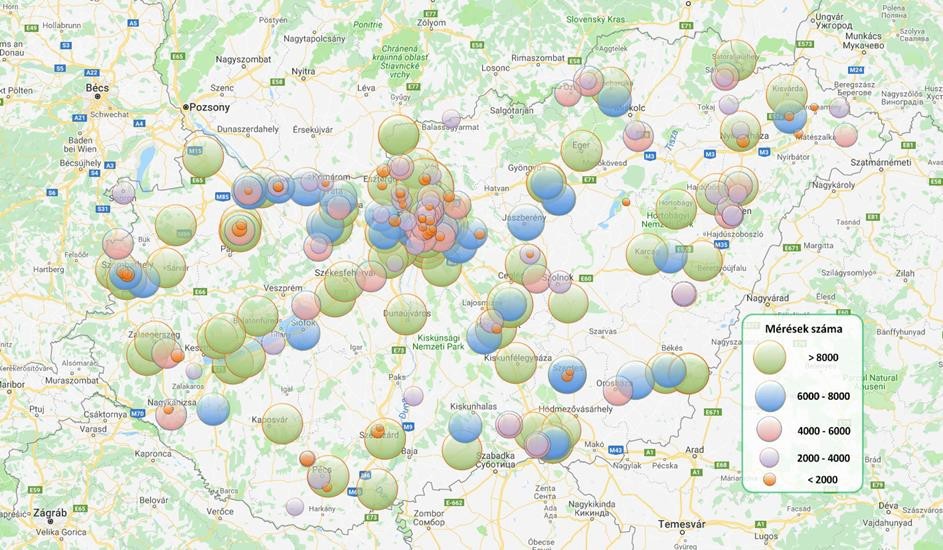 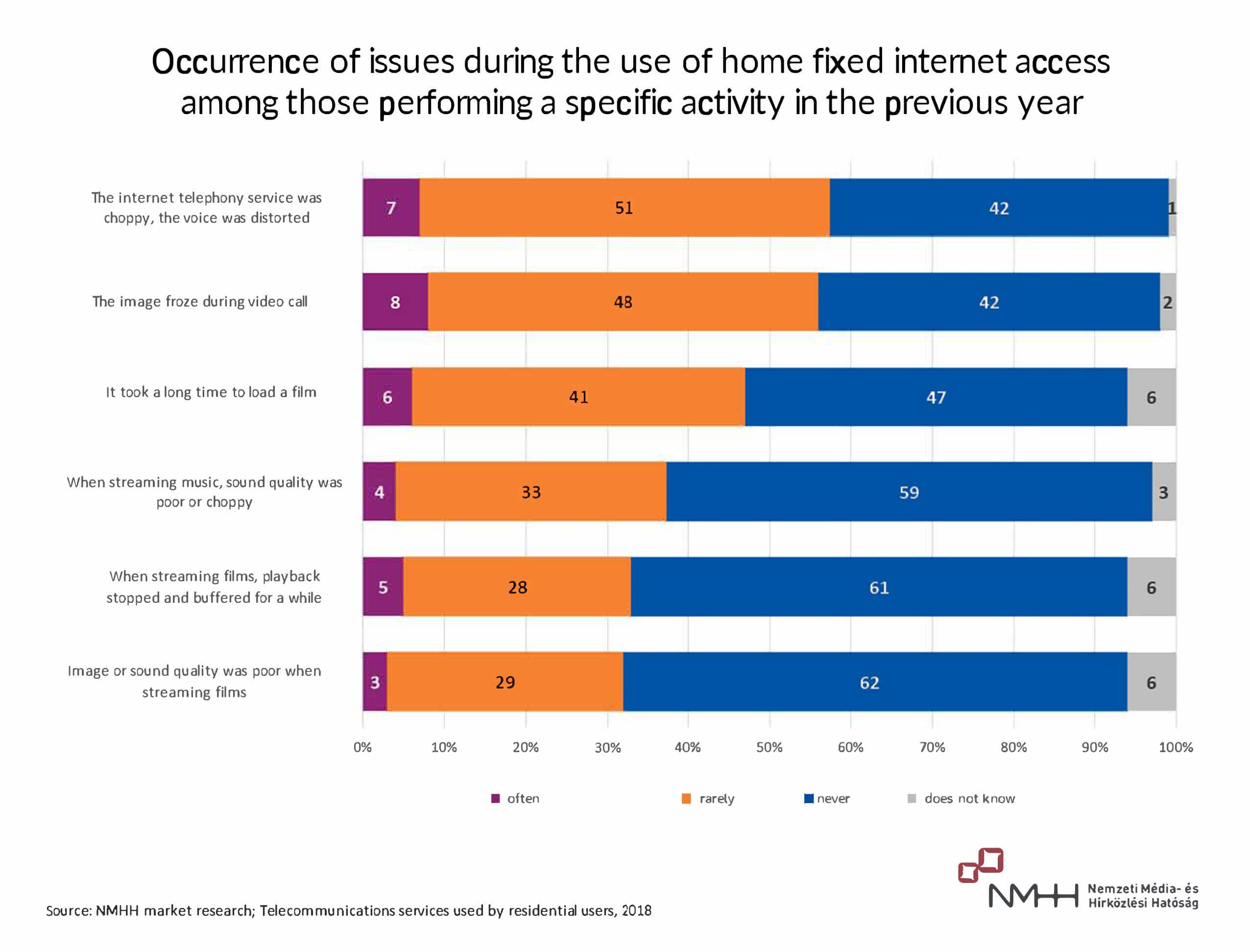