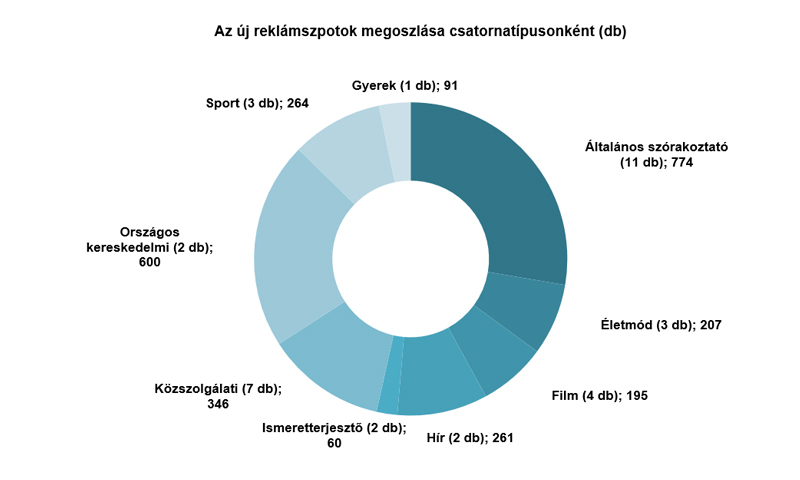 In the second round of the call for tenders announced this year under the Hungarian Media Patronage Programme for providing support to community media service providers for financing their overhead and operation costs, the Media Council awarded a total of HUF 124.5 million worth of funds to 24 applicants. Non-refundable funding has been awarded to television stations TV Szentendre, Füzesabonyi Városi Televízió, TV Budakalász, City TV of Budapest, Trió-TV-Dunántúl of Sárvár, Mezőtúri Városi Televízió, Danubia Televízió of Tahitótfalu, Hajdúnánási Televízió, Móra-Net TV of Mórahalom, Ladány Televízió and Balmazújváros Televízió. Winners of the radio applications include Alpha Rádió of Székesfehérvár, Csillagpont Rádió of Miskolc, Rádió Szentendre, Európa Rádió broadcasting in the coverage areas of Miskolc, Debrecen, Nyíregyháza and Sátoraljaújhely, Rádió Törökszentmiklós, Mustár Rádió of Nyíregyháza, Rádió Smile of Kiskunfélegyháza, Civil Rádió of Budapest, Friss FM of Kisvárda and Rádió Szarvas.

At the request of the operator, the Media Council extended the entitlement held by the operator of the commercial radio station AKTÍV RÁDIÓ broadcasting on the local radio frequency Szolnok 92.2 MHz for another five years, until 5 September 2024.

The board finalised the texts of the calls for tenders for the commercial use of the local radio frequencies of Dunaföldvár 106.5 MHz and Szekszárd 91.1 MHz, and agreed to publish them on its website on 9 May and 10 May. Bids may be submitted in mid-June.

The Media Council approved the request of the operator to start the operation of the commercial radio station winning the Budapest 99.5 MHz regional radio frequency tender by 17 September instead of the original deadline of 12 July, and to change the name of the radio station from City Rádió to Best FM. Also at the request of the operator, the Media Council authorised the local commercial radio station currently operating on the Nyíregyháza 103.9 MHz frequency to change its name to 103.9 Best FM beginning 1 June.

Based on the request of the operator of the local commercial radio station 87.9 Rádió 1 of Szeged, the Media Council approved the modification of the programme planning commitments included in its public contract. As a result, the ratio of local public programmes and those supporting local everyday life will decrease by a few percent.

The Media Council has approved the report on new advertising spots aired by televisions in the second half of 2018. The authority studied the programme offering of 35 television channels, with 2,798 types of new ads being rerun 1.4 million times. The newly aired advertisements accounted for nearly half of the total amount of advertising at 47.5 per cent, which means a daily average of fifteen, never-before-seen commercials. Most new commercials were still broadcast by general entertainment channels such as Viasat 3, Cool TV, Comedy Central or AXN. In the second half of last year, 61 percent of the advertisements promoted services and 36 percent specific products, with 40 percent of new campaigns launched by representatives of the commercial sector. As in the case of the previous analyses, advertising spots specifically promoting products and services of Hungarian origin were represented with extremely low (2.9 percent) case numbers. The study can be read in its entirety under Research on the NMHH website.

The accessibility of television programmes continues to show a 99.9 percent compliance

The Media Council adopted and published on its website the NMHH’s latest assessment of how and to what extent the seven national public service channels and the two major commercial channels made their programmes accessible to hearing-impaired viewers in the second half of 2018. During the over five thousand programme hours reviewed, nearly 83% of the programmes offered were accessible to the hearing-impaired, with 86.5% for public service channels and 71% for commercial channels. The accessibility obligation for 99.9 percent of the transmission time as required by the Media Act was met for this six-month period as well, yet anomalies (lack of subtitles, inaccuracies in terms of content or timing) still occurred. Service providers continued to primarily use subtitles (99.7 percent), and the proportion of programmes with sign language interpretation was still negligible (0.3 percent). The Media Act requires all public service announcements, political advertisements, news programmes (including traffic news, sports news and weather forecasts), as well as political information programmes, programmes about people with disabilities and equal opportunities, films, game shows and programmes with public service purposes to be made audibly accessible.

Fine for the operator of TV2 for incorrect age rating

The Media Council imposed a fine of HUF 1.35 million on the operator of TV2 for incorrect age rating. The channel aired the film Baywatch around 7 PM with an “age 12 circle”, while the film’s scenes with sexual references and repeated obscene and vulgar language would have required the programme to be aired between 9 PM and 5 AM with age rating 16. When imposing a fine, the Media Council always determines the form and extent of the fine with due consideration to all circumstances of the specific case, including all other violations in the same subject previously committed by the operator and employs the principle of progressiveness and proportionality.