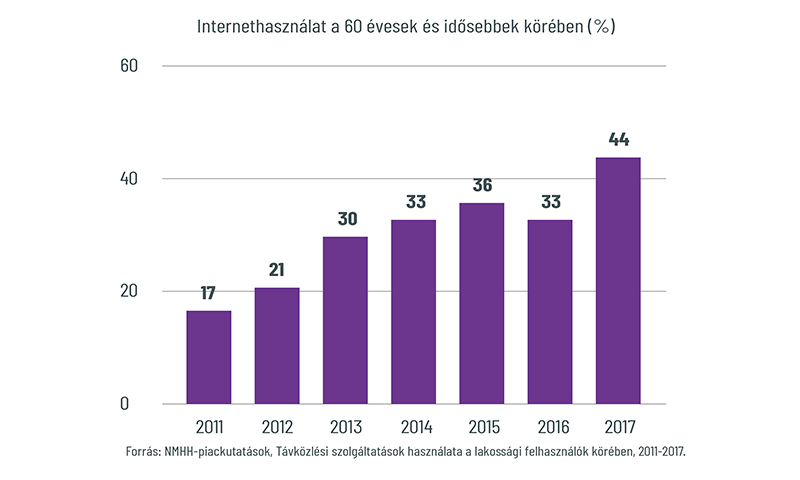 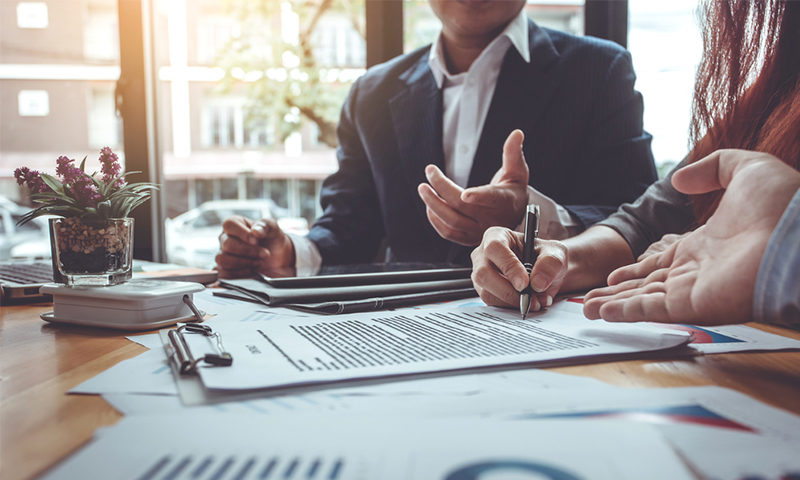 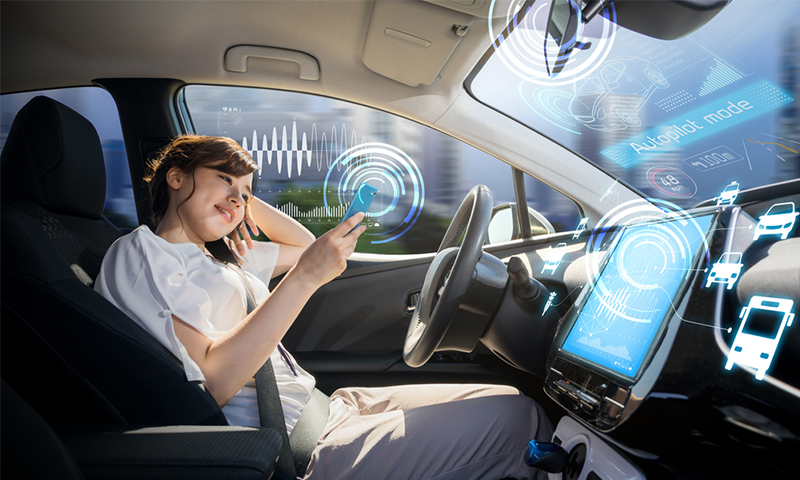 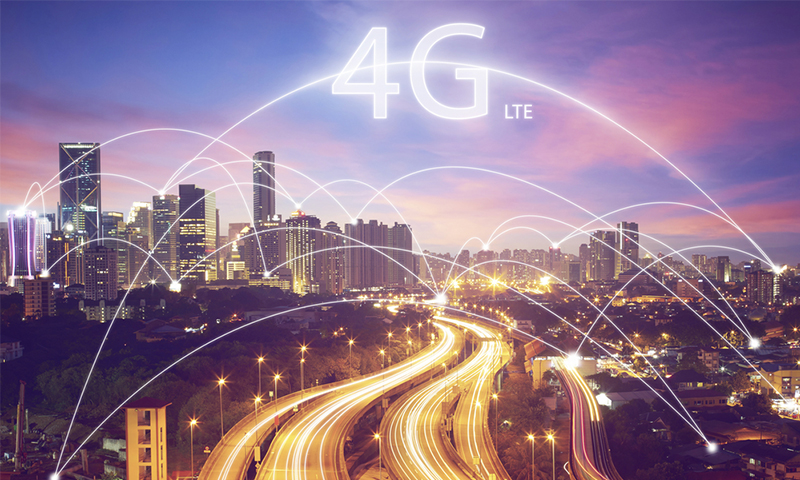 Over just one year, the ratio of smartphone users increased from 51 percent (2017) to 64 percent (2018) among people in their fifties. 46 percent of the over-60 group of internet users have already browsed the net on their smartphones (compared to only 36 percent in 2016), and some of them even accessed social media sites using smartphones instead of computers.

Today, two-thirds of the population aged 14 and older have smartphones, and users are increasingly getting used to these devices: over half of the users reach for their smartphones even if, for instance, they are in class, at a boring meeting at work, before they go to sleep, while watching TV or while travelling. Roughly every third person uses their smartphone while doing household chores, bathing, and immediately after waking up. People also take out the device in situations that was previously considered impolite: most frequently while eating (28%), visiting (13%), as well as at the theatre, nightclub, concert and cinema – the combined ratio of the latter being ten percent.

Compared to less than 20 percent six years ago, in 2018 44 percent of the over-60 age group surfed the web at least once a week. By now, the elderly have caught up with the other age groups in general browsing and Facebook use, although statistically to a different extent. Yet, the majority of them browse the internet (91%), use Facebook (66%), 46 per cent of them watch YouTube videos, while in 2012 the latter two figures were only 48 and 35 per cent (the share of those browsing the internet was already high six years ago at 87 percent). The ratio of online buyers in this age group rose from 9 to 18 percent in seven years, those using internet banking services increased from 22 percent in 2013 to 35 percent, and even online television watching grew from 6 percent (2015) to 16 percent (2018). Some online activities have lost popularity among the elderly: last year 17 percent played online, which is lower than the 29 percent in 2016, and only 42 percent of them managed their official affairs on the internet compared to 54 percent in 2017.

The daily “media routine” of teenagers now only includes the internet

In the under-50 age group, the internet is the most frequently used daily information source or at least it is in tie with television. 2018 was the first year to indicate that among adolescents almost all forms of media consumption, including television watching, are negligible compared to the internet. 95 percent of those under 20 learn about things important to them over the internet; in comparison, television is part of the daily routine for only three out of ten young people while the printed press and the radio are almost non-existent (1 percent each) for them. In the age group 20 to 30, the internet is number one at around 90 percent, but more than sixty percent still watch television and one-fifth listen to the radio.

Roughly half of the generation born in the 21st century, i.e. 30 to 40 percent of the total internet-using population, reported that since they have been watching films or listening to music and podcasts online, they have been watching TV and listening to radio stations less frequently or not at all. One-third of internet users aged 16 to 19 say that they never watch television, half of them never listen to the radio, one-tenth never started to watch TV in the traditional way, and one-fourth — that is half of those not listening to radios — never listened to a traditional radio programme even before the age of the internet. The change is fast: five years ago television and the internet were tied (around 80 to 90 percent) in the daily routine of the then youngest generation, and half of that age group listened to the radio while one-sixth read the printed press on a daily basis. 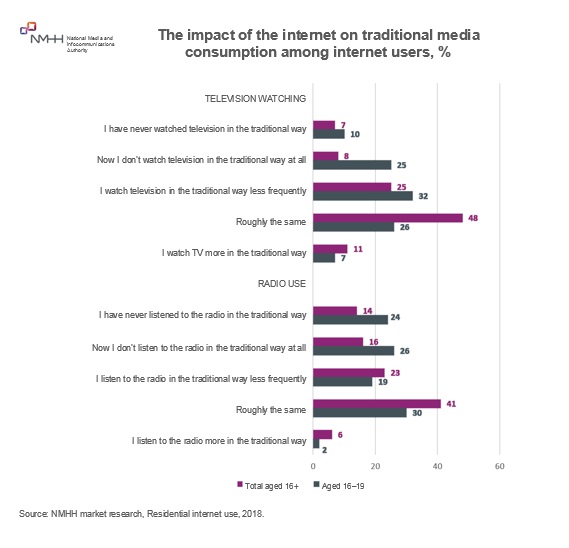 The NMHH has been conducting large-pattern, nationally representative surveys for ten years to learn more about and understand the situation of the telecommunications sector, consumers’ habits, opinions and problems. The two most recent surveys were conducted in the autumn and December of 2018, one about Hungarian households and the other about Hungarian internet users aged 16 and above. The studies summarizing the key findings are available on the on the NMHH website. The Authority had previously published a number of summaries about the latest research (1, 2, 3).