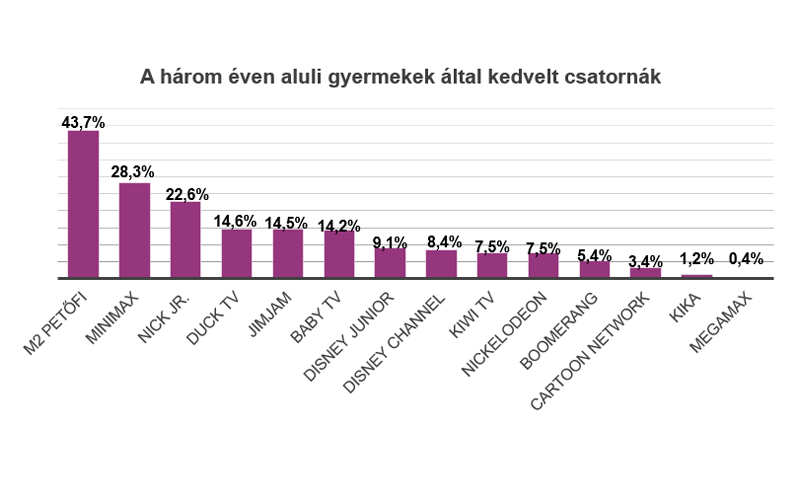 The Media Council declared Hold Rádiós és Televíziós Reklám Kft., the only bidder that had submitted a bid that was valid both in terms of form and content, the winner of the national commercial radio tender. Based on its bid, the service provider intends to start broadcasting under the name “POP FM” on a network covering 18 frequencies and has 120 days to do so after the conclusion of the relevant public contract, in accordance with the call for tenders. At the same time, as required by the Media Act, the winning service provider will stop broadcasting through the two local radio stations it currently operates on 99.7 MHz in Mosonmagyaróvár and on 103.8 MHz in Székesfehérvár. As NMHH has reported through continuous updates, the Media Council published its announcement of the national commercial radio tender in last September; two bids were received, but one of the bidders, Advenio Zrt., submitted a tender that was formally invalid.

The Media Council has approved and published the results of the survey conducted by NMHH on the media use patterns of children under 3 years of age. The study presents the results of the voluntary, non-representative survey based on an online and paper-based questionnaire filled out by more than a thousand participants from October to February. With regard to the ideal amount of time spent by children watching TV, 37.4 per cent of the respondents considered that it was up to half an hour to one hour, 26.4 per cent provided less than half an hour, with 17.6 per cent not wanting their children to watch TV at all. One in six parents (15.8 per cent) considered 1 to 2 hours, while a very small proportion (2.9 per cent) regarded 2 to 3 hours as reasonable. Almost a third of parents (29.1 per cent) responded that they left the TV on without supervision on a daily basis, which might be particularly dangerous to small children. From the TV channels broadcasting programmes whose target audience were, or included, children, M2 Petőfi (43.7 per cent) was the most popular among parents in the reference period, followed by Minimax (28.3 per cent) and Nick Jr. (22.6 per cent).

More than half of the participating parents have identified particularities (gestures, intonation, melody, etc.) in their children’s behaviour that were probably learned from the content seen and heard on media devices. In the under-3 age group, Internet use is less prevalent than watching TV: more than a third of parents (35.1 per cent) do not use the Internet together with their children at all, and those who do mainly access the Internet using smartphones (38.5 per cent). Significantly fewer parents use tablets (24.1 per cent) or computers (23.1 per cent) to browse the web, meaning that the smaller and more portable a device is, the larger role it has in children’s lives. Parents who find different devices useful for their children think that their use enables them to broaden the horizons of the smallest of children, develop their vocabulary and encourage them to learn languages.

Under the Hungarian Media Patronage Programme, the Media Council decided to award six filmmakers from Hungary and four from neighbouring countries grants totalling HUF 100.9 million in support of the production of popular science films and series in the first round of this year’s Ágoston Kollányi Tender. The successful applications submitted from Hungary included three 16-episode series: Fortélyos vadvilág (Cunning Wildlife, directed by János Lerner) presenting original “inventions” of evolution, perfected by humans; Vallás és szabadság (Religion and Freedom, directed by Zoltán Hevér) about the Transylvanian National Assembly of 1568, which was the first to codify freedom of religion and conscience in the world; and Mentor (directed by Gabriella Weininger) portraying the life of “everyday heroes”, people who managed to succeed in life despite growing up in state care. Grants were also awarded for Mondja, Marha… (What’s Up, Bull…, directed by András Pires Muhi), an 8-episode animated series taking stock of the gems of 50 years of advertisement history, and two independent productions: Magyar Olympiász (Hungarian Olympiad, directed by Ákos Zámborszki) telling the story of the “Palics Games”, first organised by a local landowner more than a century ago, and A Kármel hegye a szomszédban van (Mount Carmel is Round the Corner, directed by Marcsi Tóth) about three Hungarian friars of the Order of Discalced Carmelites. Successful applicants from neighbouring countries include Csaba Bartók, who will make a series called Külhonba szakadt vármegyeházak (County Halls in Former Territories of Hungary), and Krisztián Bárány, who will shoot a 4-episode series called Erdély madártávlatból (A Bird’s-eye View of Transylvania) using high-definition cameras attached to drones. Other works from neighbouring countries will include Sebes pisztrángok, sekély vizek (Brown Trouts and Shallow Waters, directed by Attila Szabó) about the endangered fish stocks living in the waters at the feet of the Harghita-Mădăraș and Kitaposott utak a Muravidéken (Beaten Paths in Prekmurje, directed by Anasztázia Gál), which will follow the emigration process in the Slovenian region since before World War I.

HUF 68.2 million granted in support of the operation of community TV and radio stations

The Media Council adopted the calls for tenders for three local commercial radio frequencies expiring in the second half of this year (Nyíregyháza 99.4 MHz, Nyíregyháza 103.9 MHz and Sopron 94.1 MHz), and will publish them on its website within 3 business days. After having established the formal validity of its bid, the Media Council registered FM 4 Rádió Kft. as the only bidder for the community use of local radio frequency Veszprém 95.1 MHz.