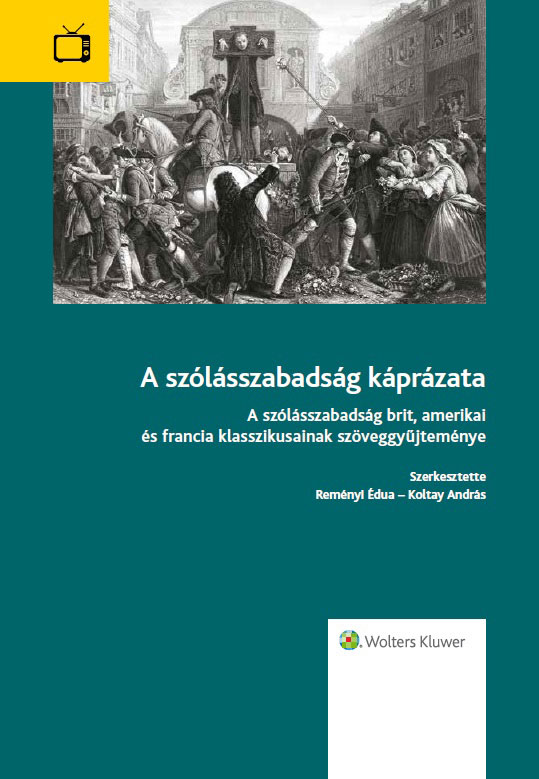 Among the earliest documents of the expression of opinions in Hungary is to be found in Boncompagno da Signa’s textbook Rhetorica novissima (1235) and is this sentence found in a letter attributed to John, Archbishop of Esztergom: ‘Reginam occidere bonum est timere nolite et si omnes consenserint ego non contradico’ (which later entered English literature in Christopher Marlowe’s play Edward II: “Edwardum occidere nolite timere, bonum est/Fear not to kill the king, ’tis good he die.”/But read it thus, and that’s another sense: “Edwardum occidere nolite, timere bonum est/Kill not the king, ’tis good to fear the worst.”). The existence of this message, its date and author, its form, purpose, impact and source are all open to doubt, which is why it can serve as a good example for criteria normally less considered in relation to this subject, criteria that complement the rights and values ensuing from the circumstances and generally protected by some standard. It is said that Pope Innocent absolved Archbishop John of the accusation of plotting against Queen Gertrudis upon judging his letter favourably. We may wonder about his grounds for the decision, and also what proof there was of John’s authorship, how a presumably private letter had been made available publicly, whether the addressees received it at all and how the author’s intentions were treated at the time.

Whenever expression was liable to penalty, the communicators suffered, and even lost their lives: from the fines, bodily mutilations and executions in the British Isles, through the guillotine of the French terror (cf. Robespierre), to the American persecution mania of the Red Scare (see e.g. Abrams v. United States, Whitney v. California, and later Mccarthyism), fanaticism and even brutality were characteristic of countries ruled by monarchs, revolutionaries and democratic governments alike. Less drastic examples include the significant but not extreme examples of bans such as the one introduced by Napoleon I: initially to control plays, then to limit the foundation of new theatres and ultimately their total number, so as to prevent them from undermining his reputation and power with the plays they put on.

Many of the classical texts are now available and recent literature on the subject is also prolific: besides outstanding works by Hungarian authors, translations of important recent works have also been published. We have therefore collected in this volume essays that have not been available in Hungarian in the past in spite of being frequently cited by international and Hungarian literature or, even though omitted there, deserving of special notice given their importance within the history of ideas, as well as essays that are almost impossible to access nowadays due to their small original print runs. We also include examples previously printed only in excerpts or those that are sufficiently remote in time to permit an objective view and they are important for evaluation today. We hope we can contribute with this selection to a more comprehensive and deeper understanding of freedom of speech, and that we can draw attention to areas, issues, correspondences and authors that may have been neglected so far but are no less important.